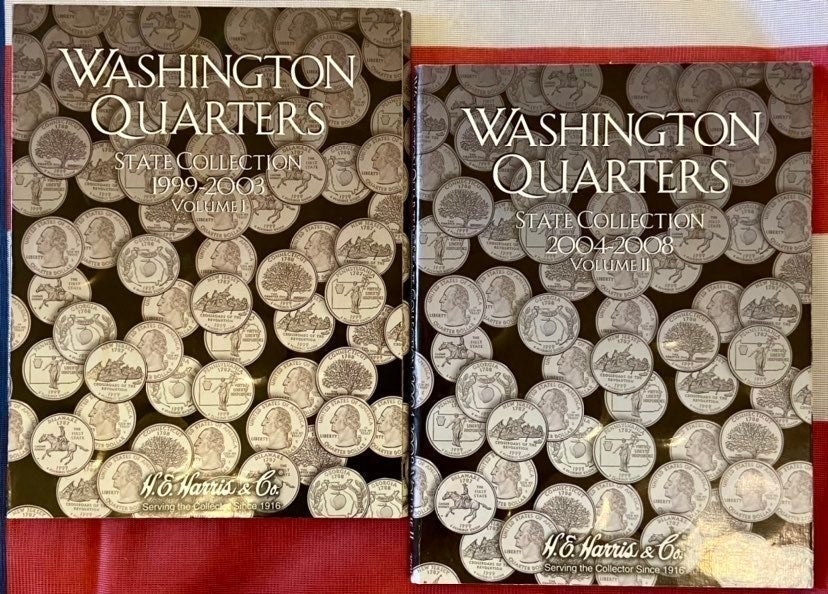 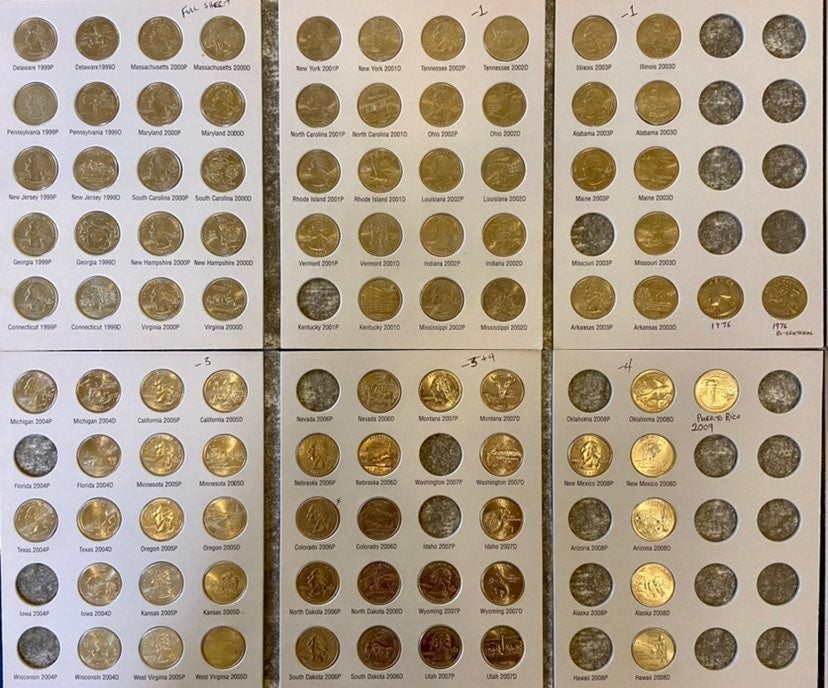 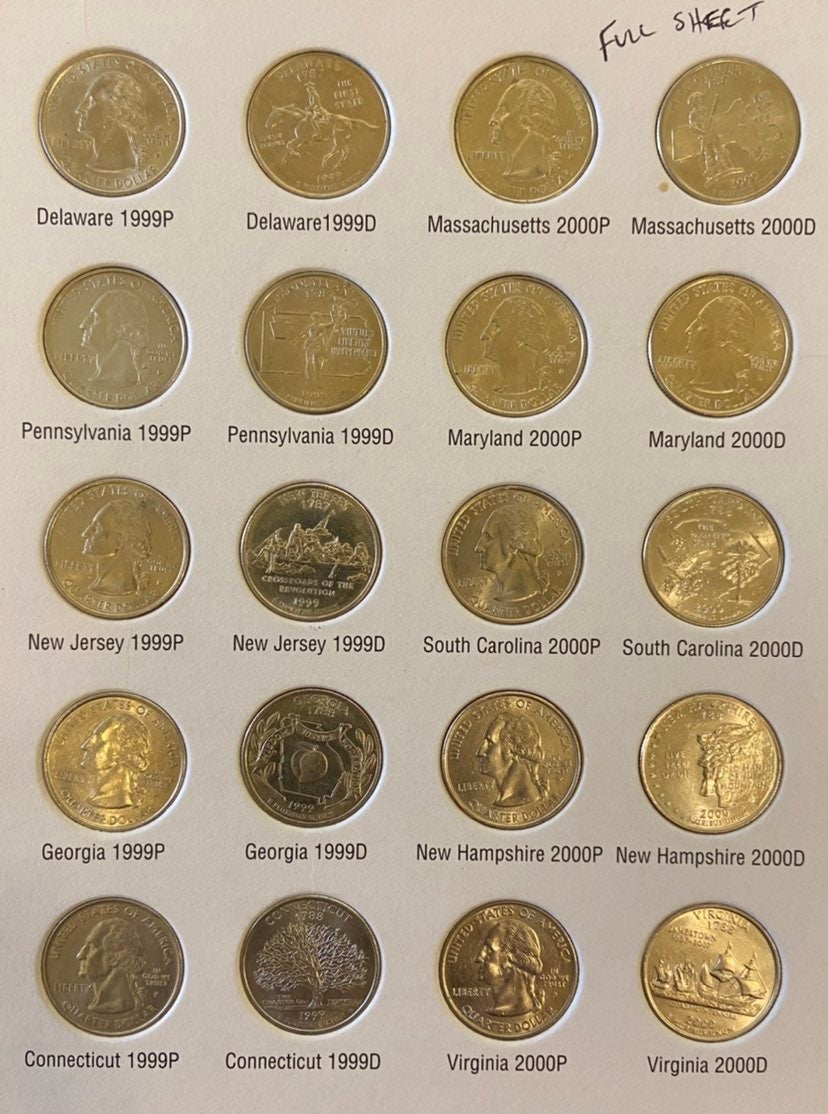 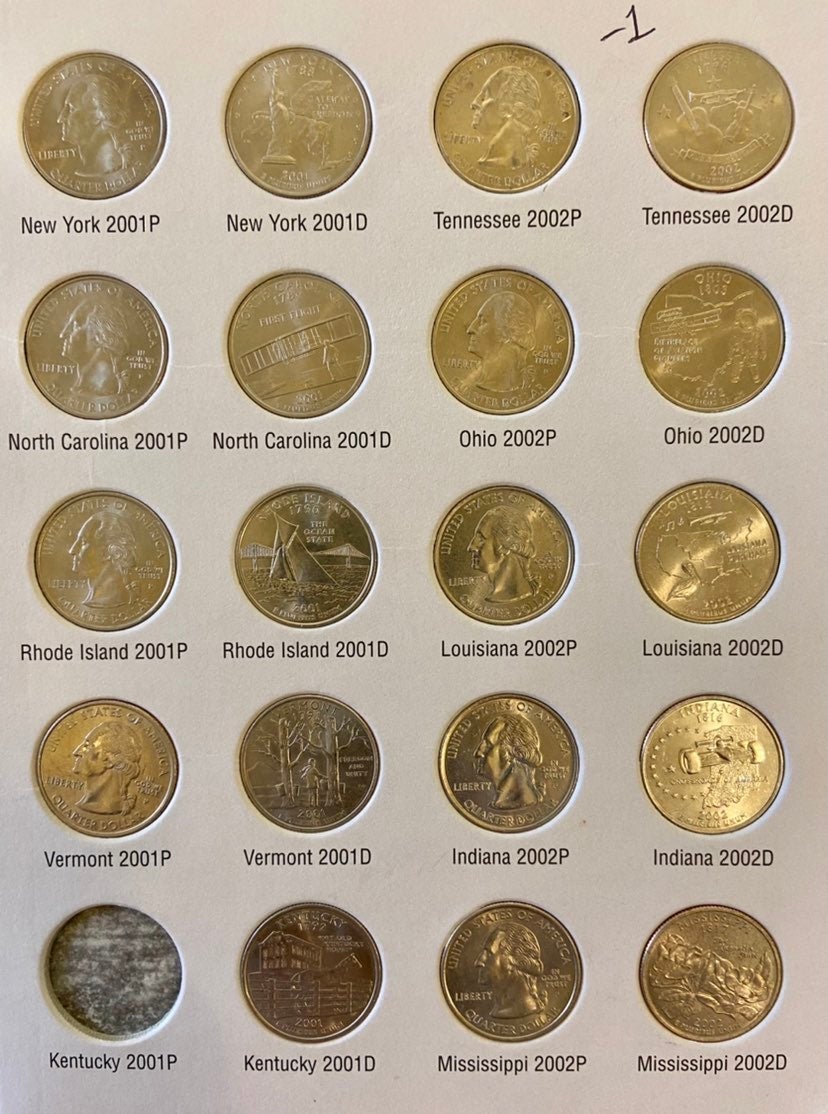 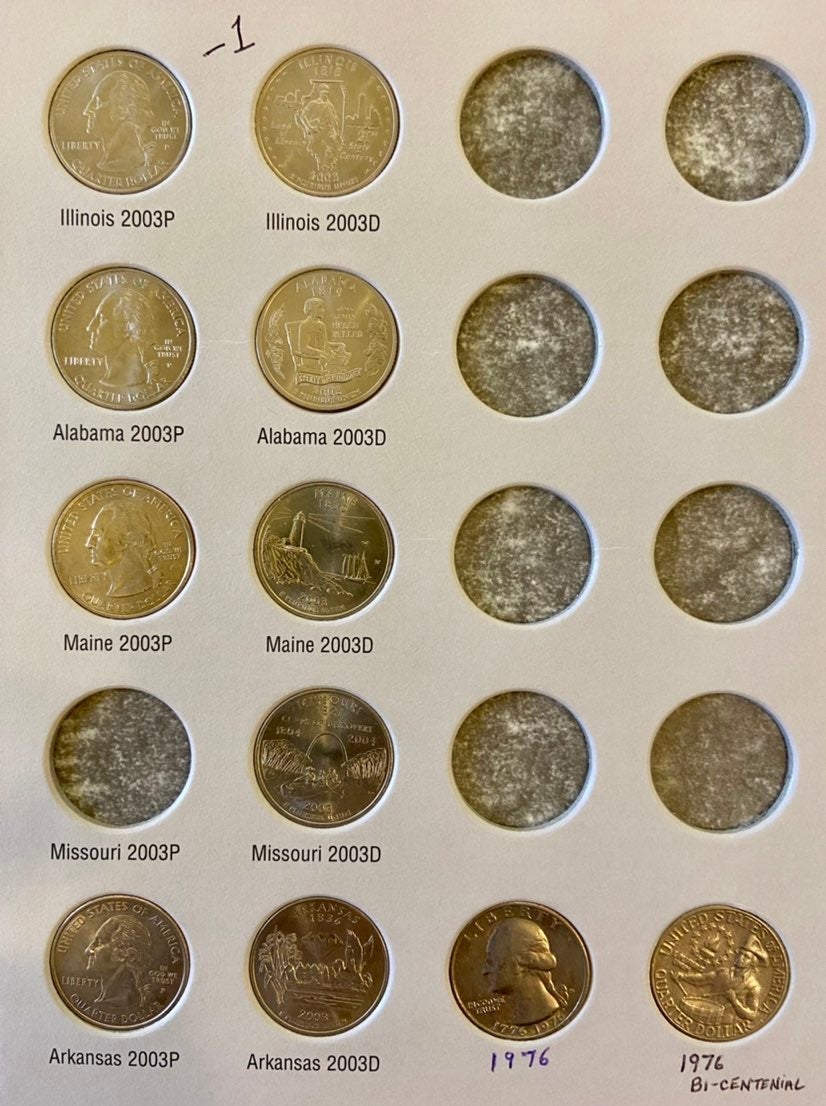 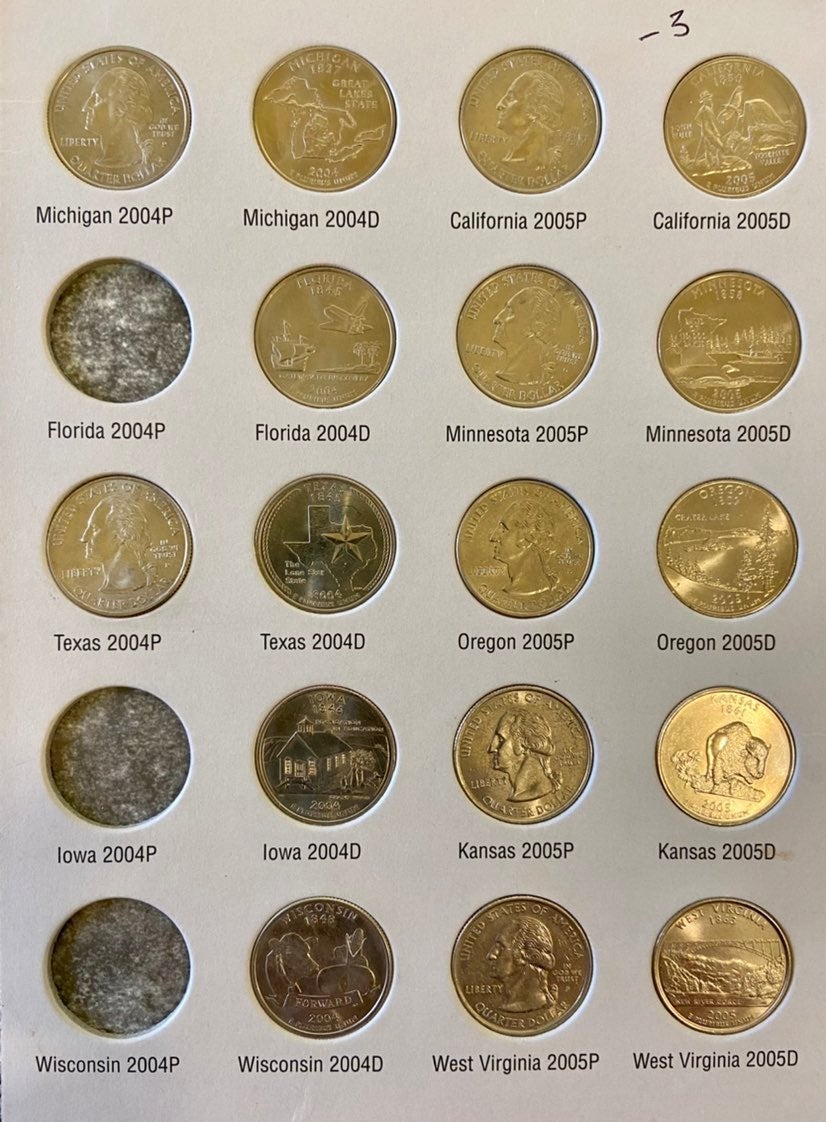 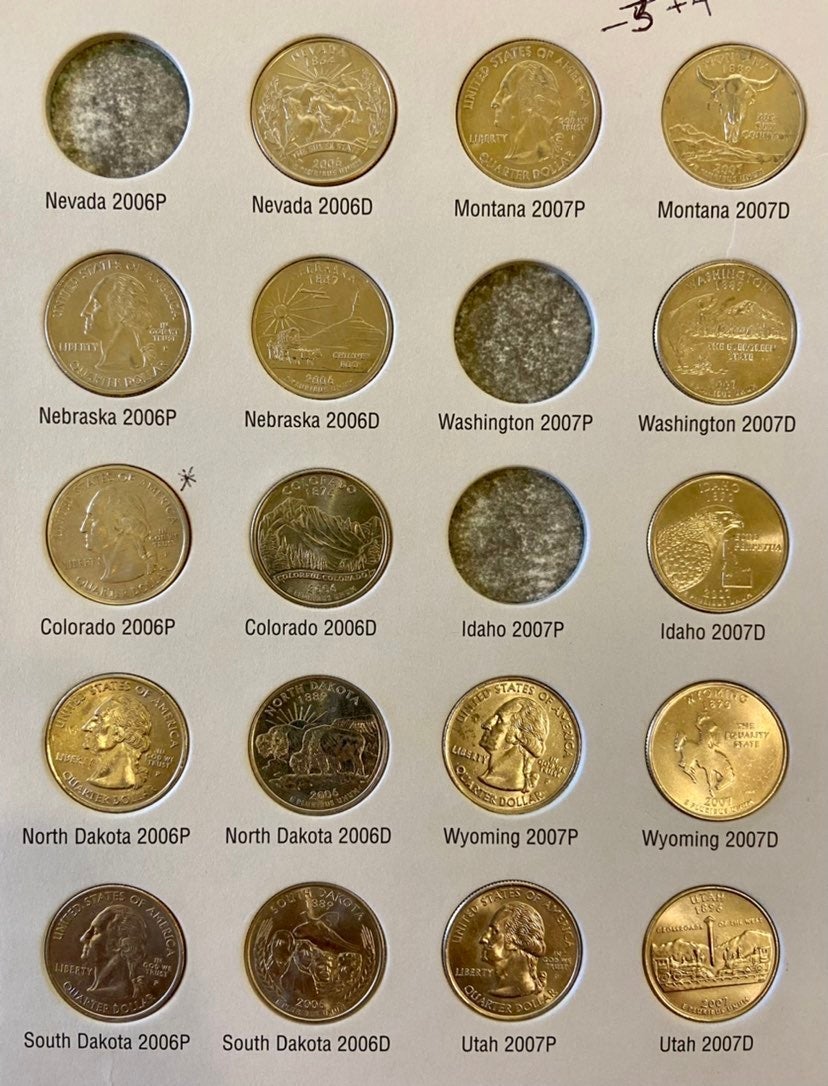 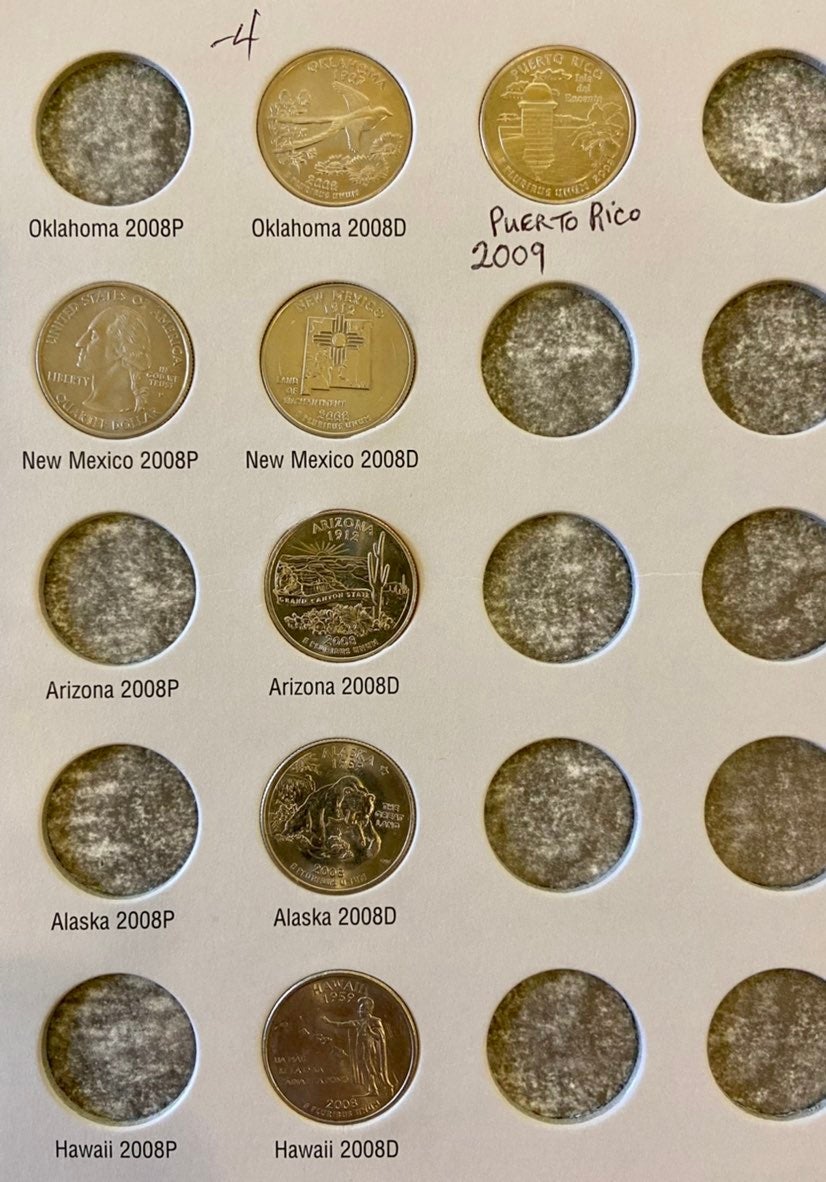 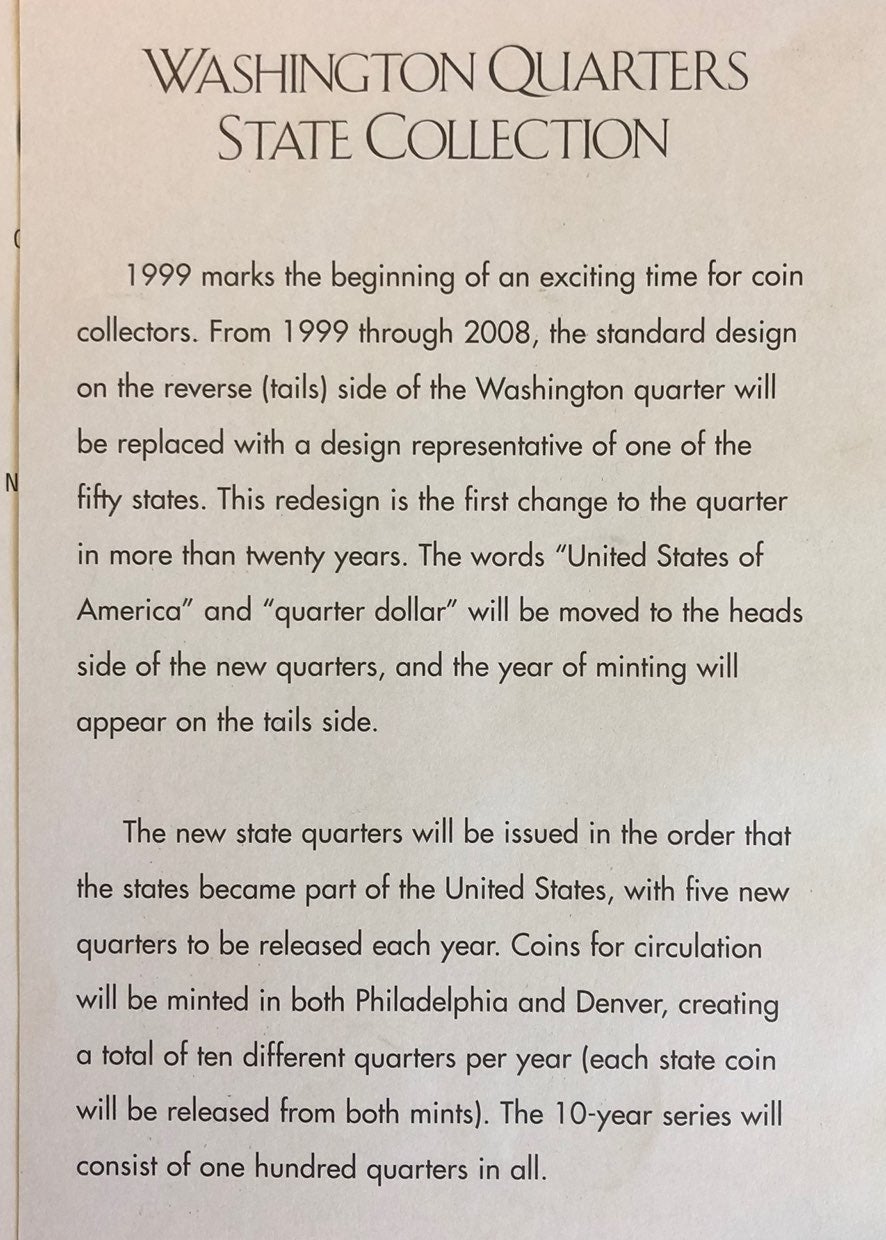 This is a somewhat unique and rare collection of US Quarter Dollar pieces from a 100 Quarter double-book collection. This book was very special because it’s when the coins in 1999 were radically changed to gives each US State recognition—usually the State Seal is printed on the back sides.

Each of the 100 slots in this book has a place for each state twice. That is because the state designs are printed-minted showing a “ D for Denver “ or the hard to find “P for Philadelphia”.

Out of the 100 slots available in these two books (2 spaces for each of the 50 states), 88 of them are filled slots. (88 percent full) We don’t have the P minting in some years.

The current price is firm. 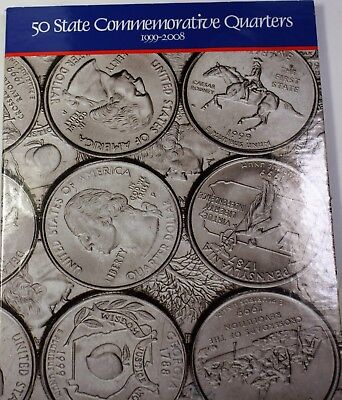 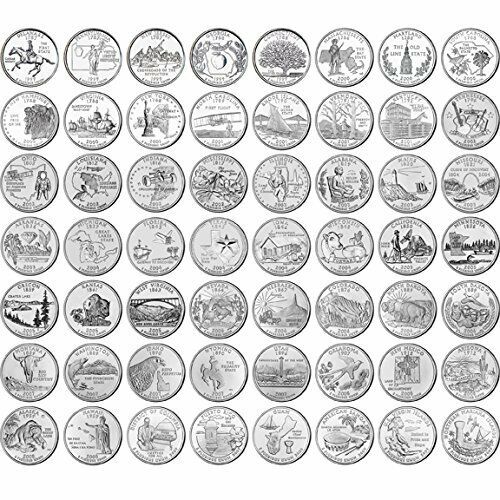 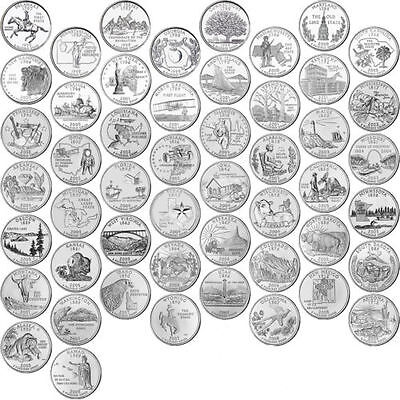 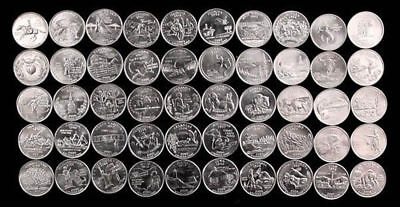 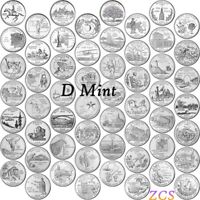 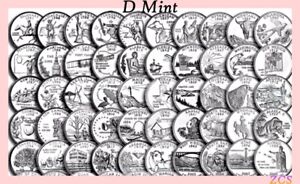 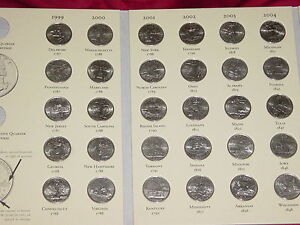 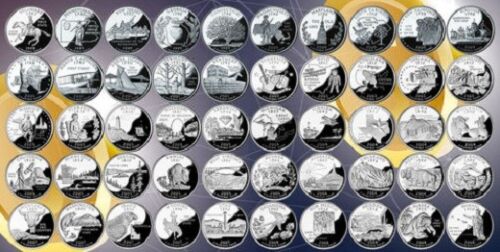 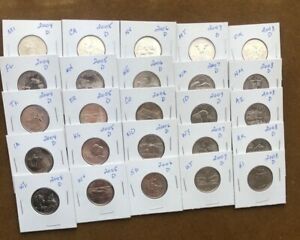 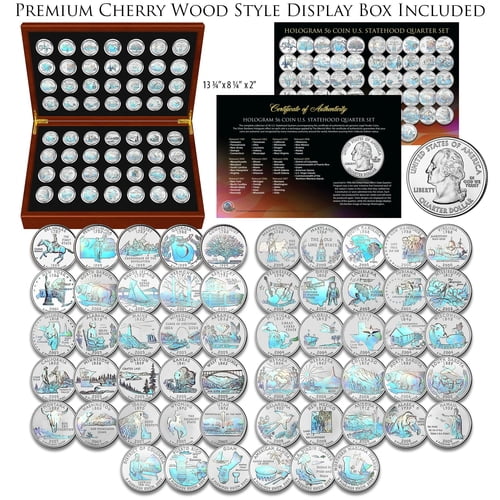 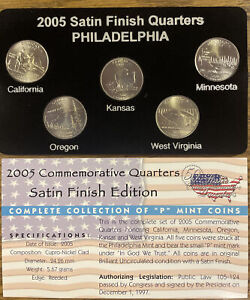 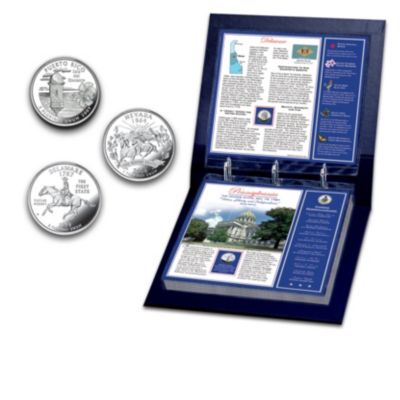 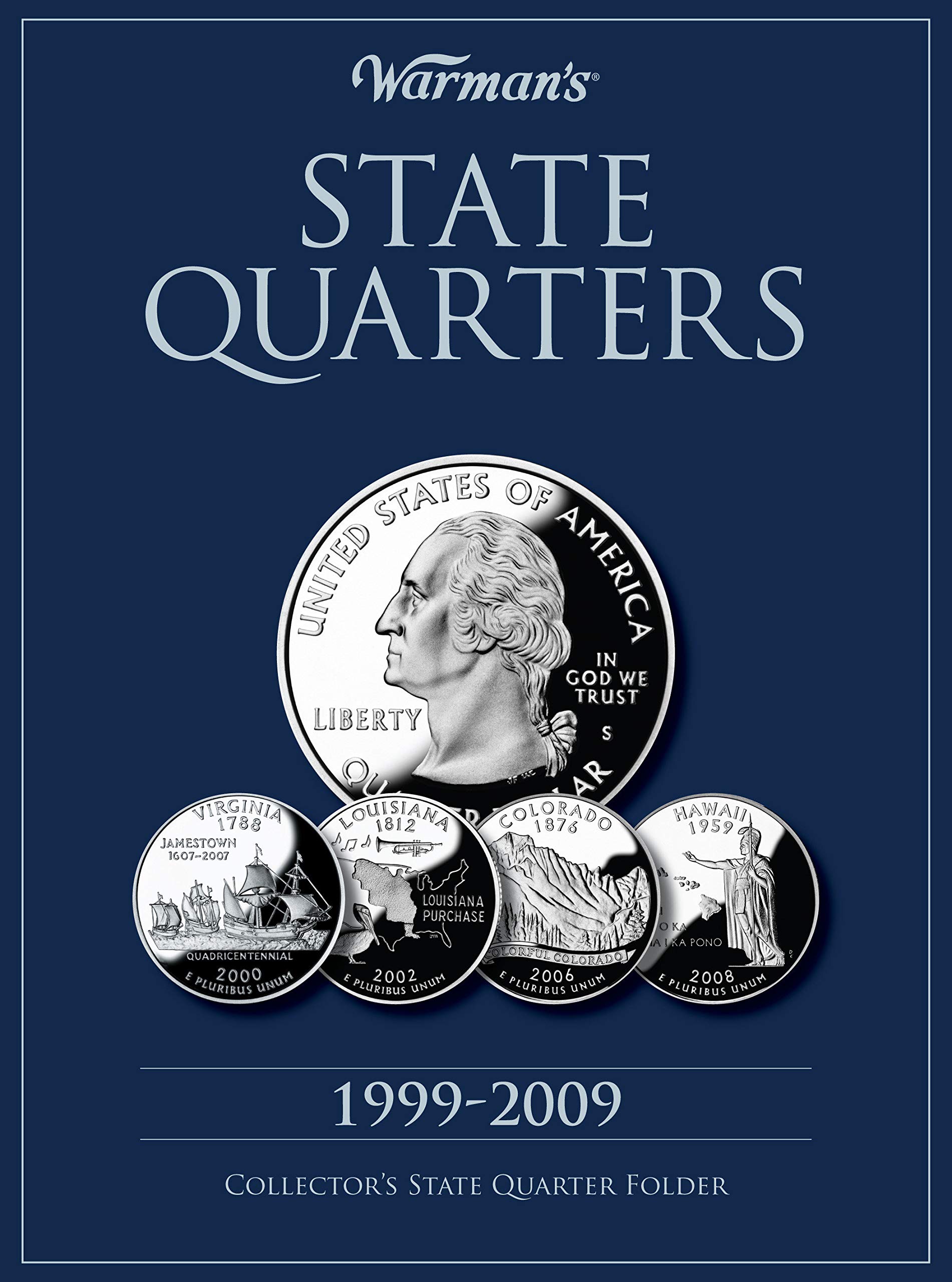