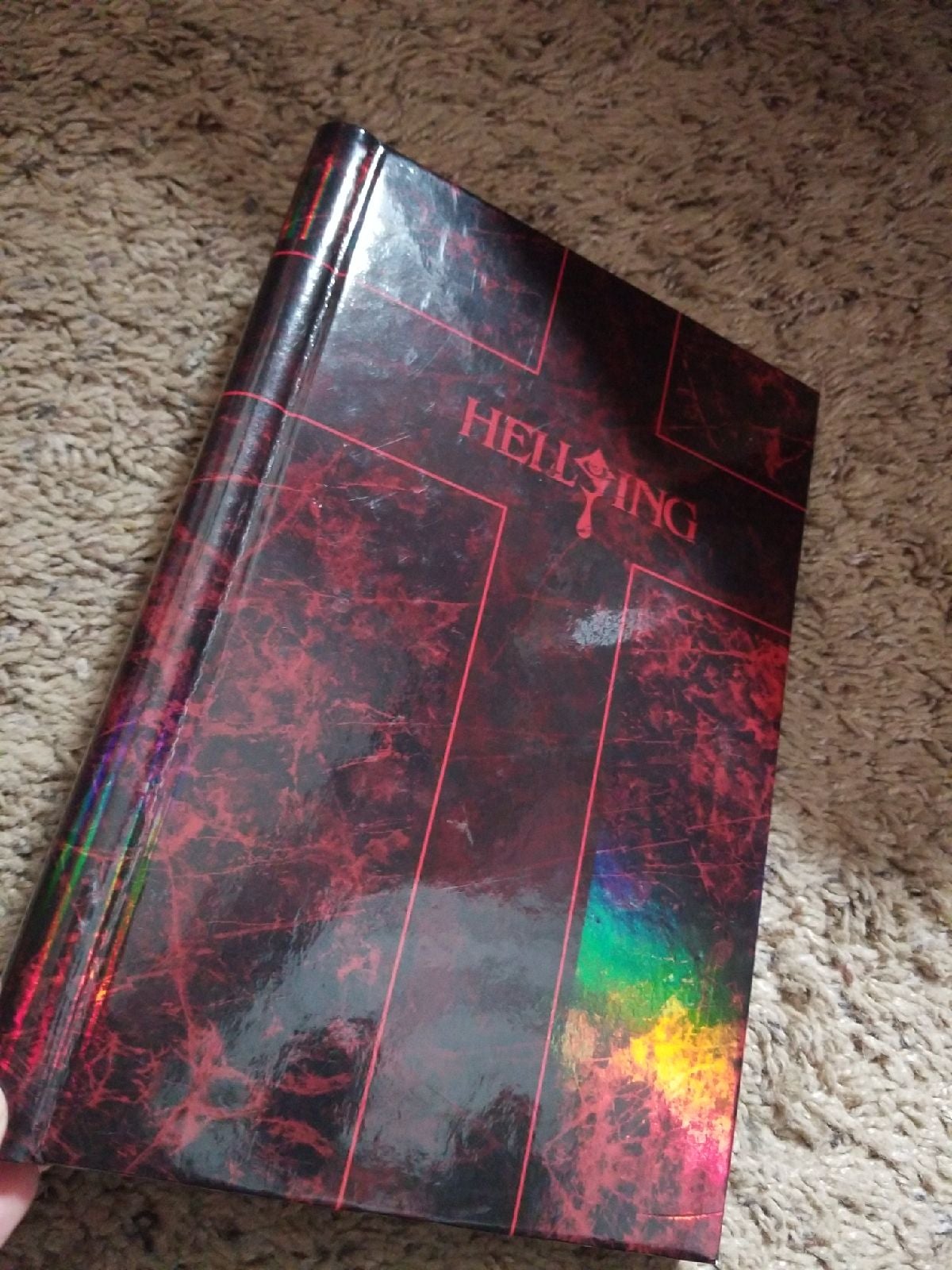 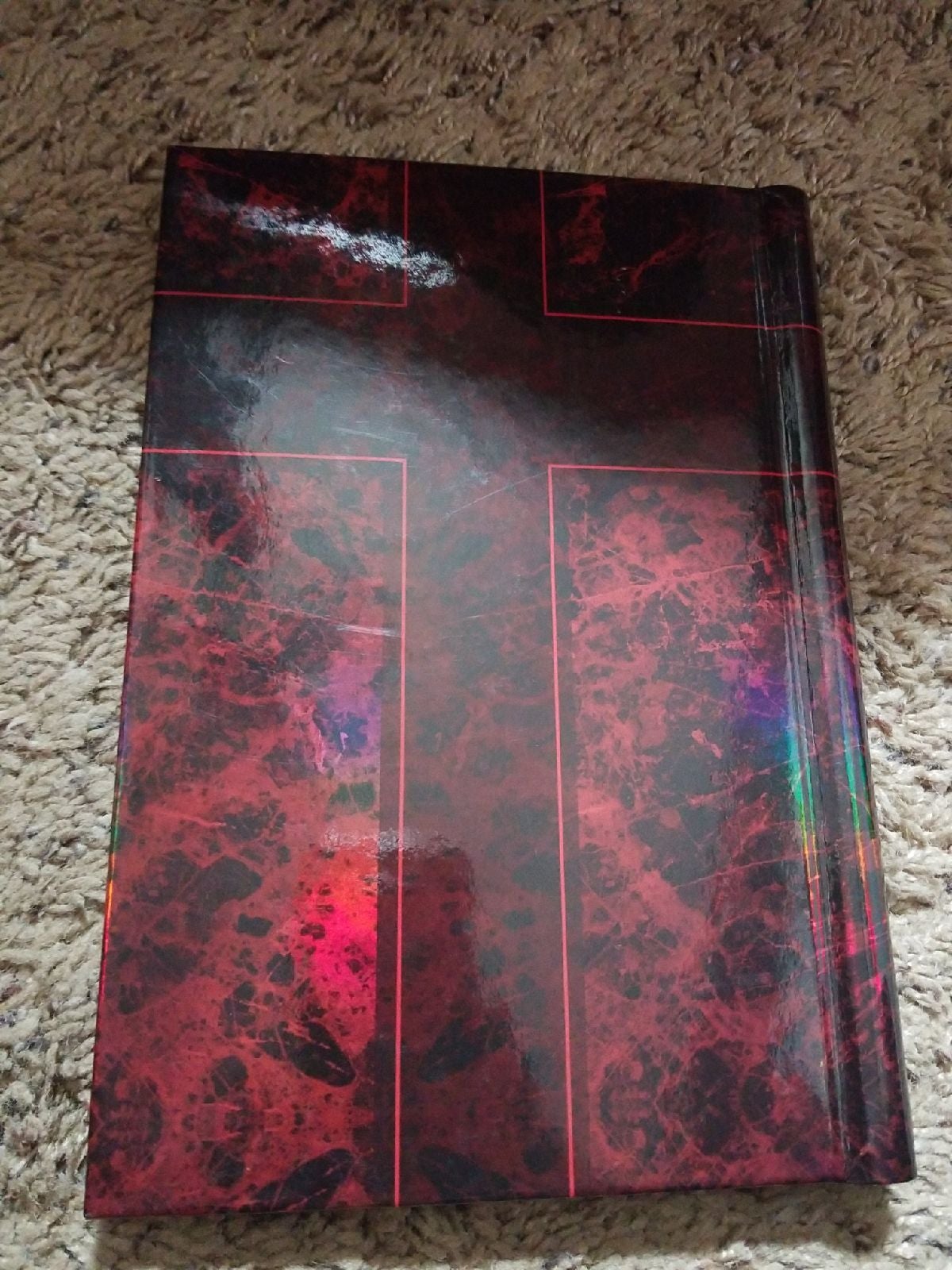 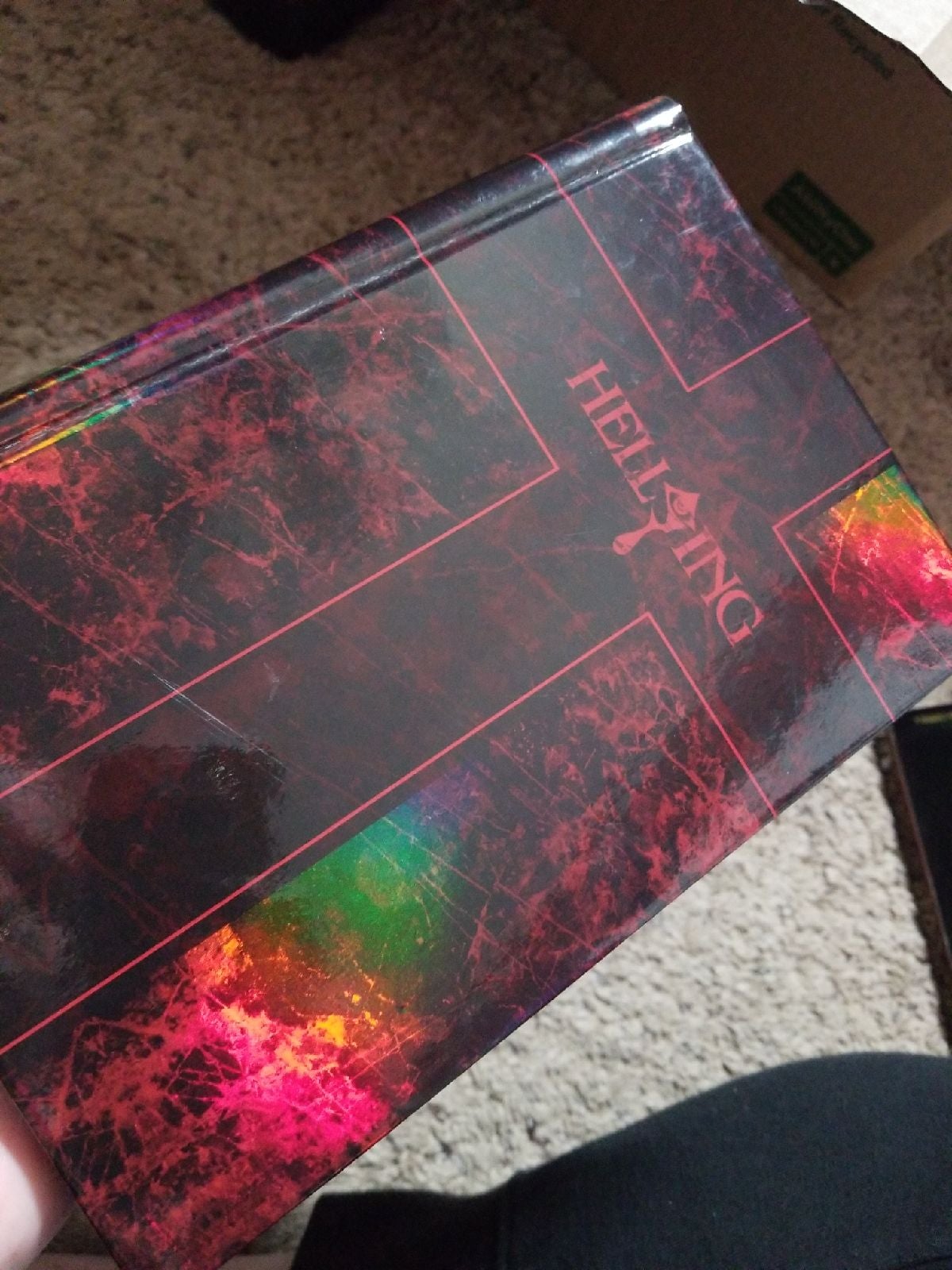 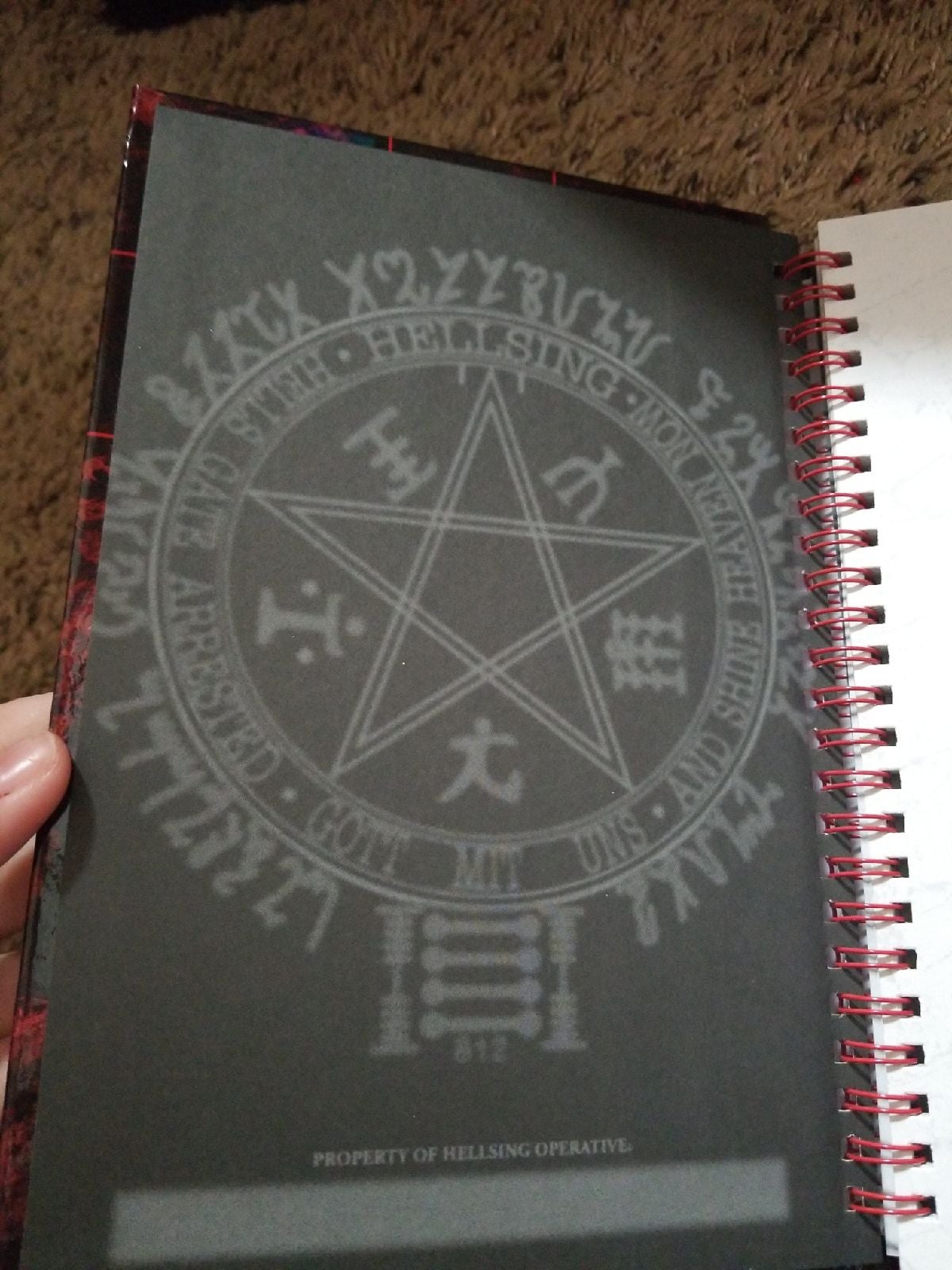 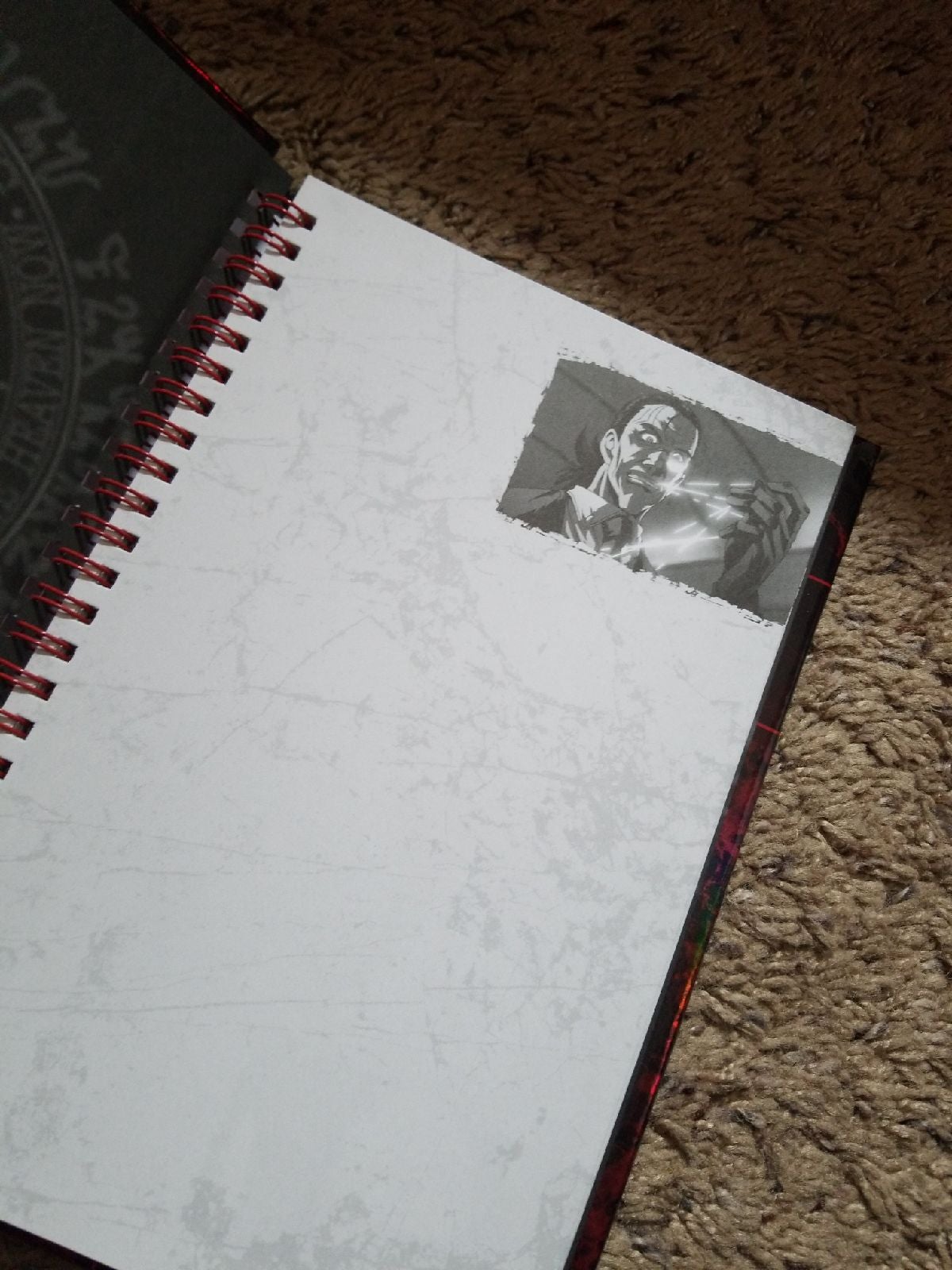 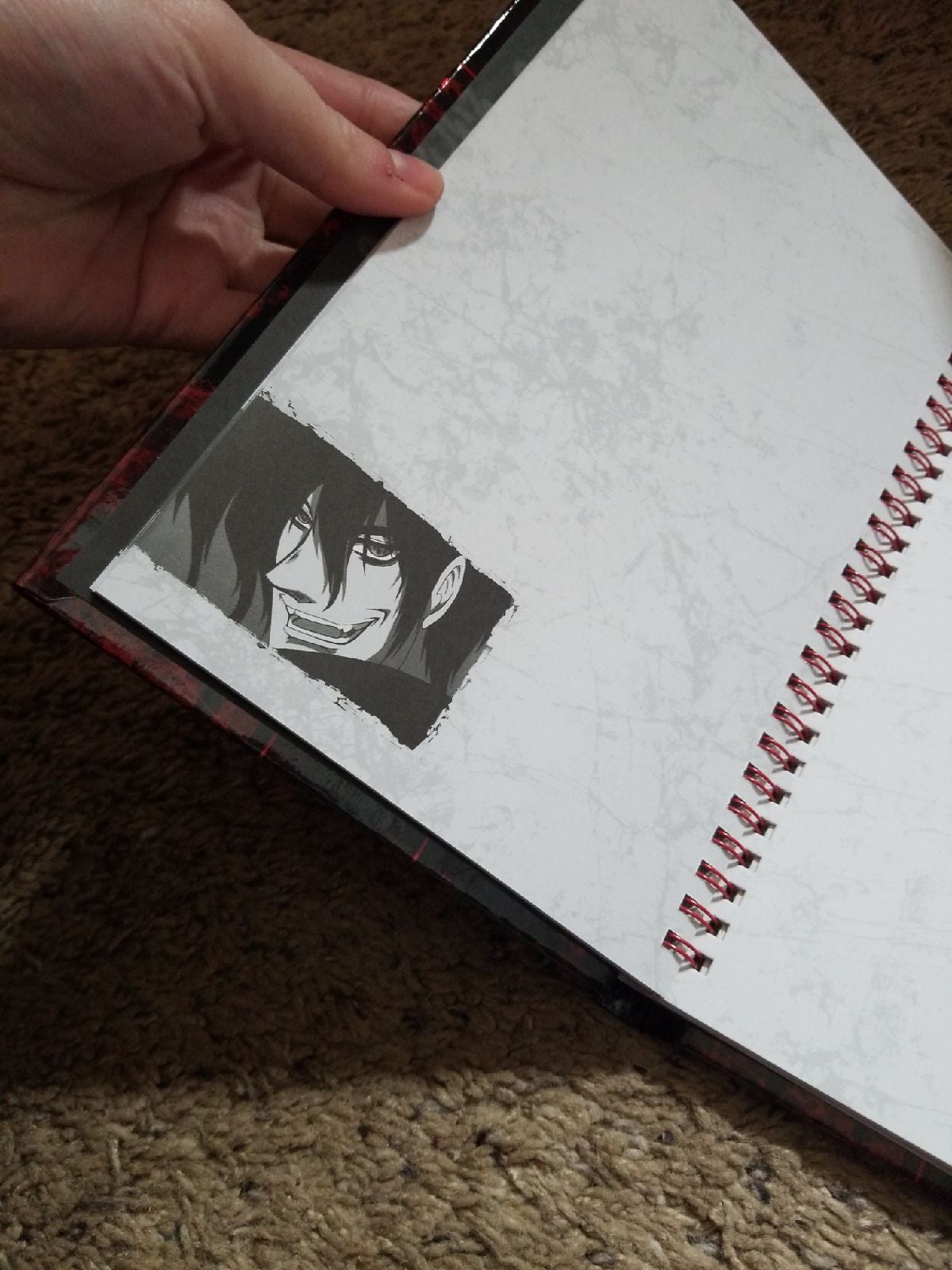 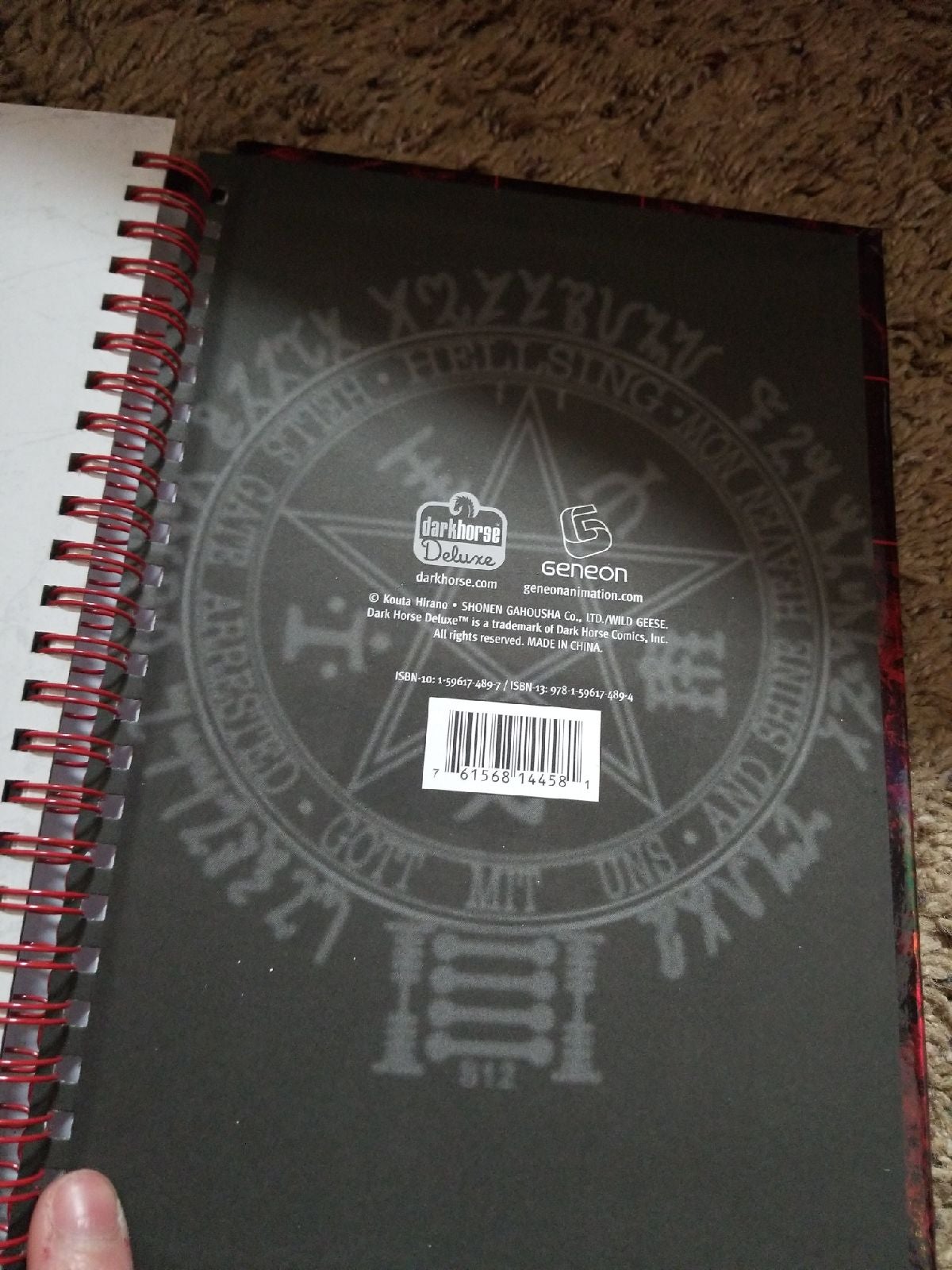 A hellsing collector journal with stills of characters on the pages. It is completely unused and is a great addition for another's collection.