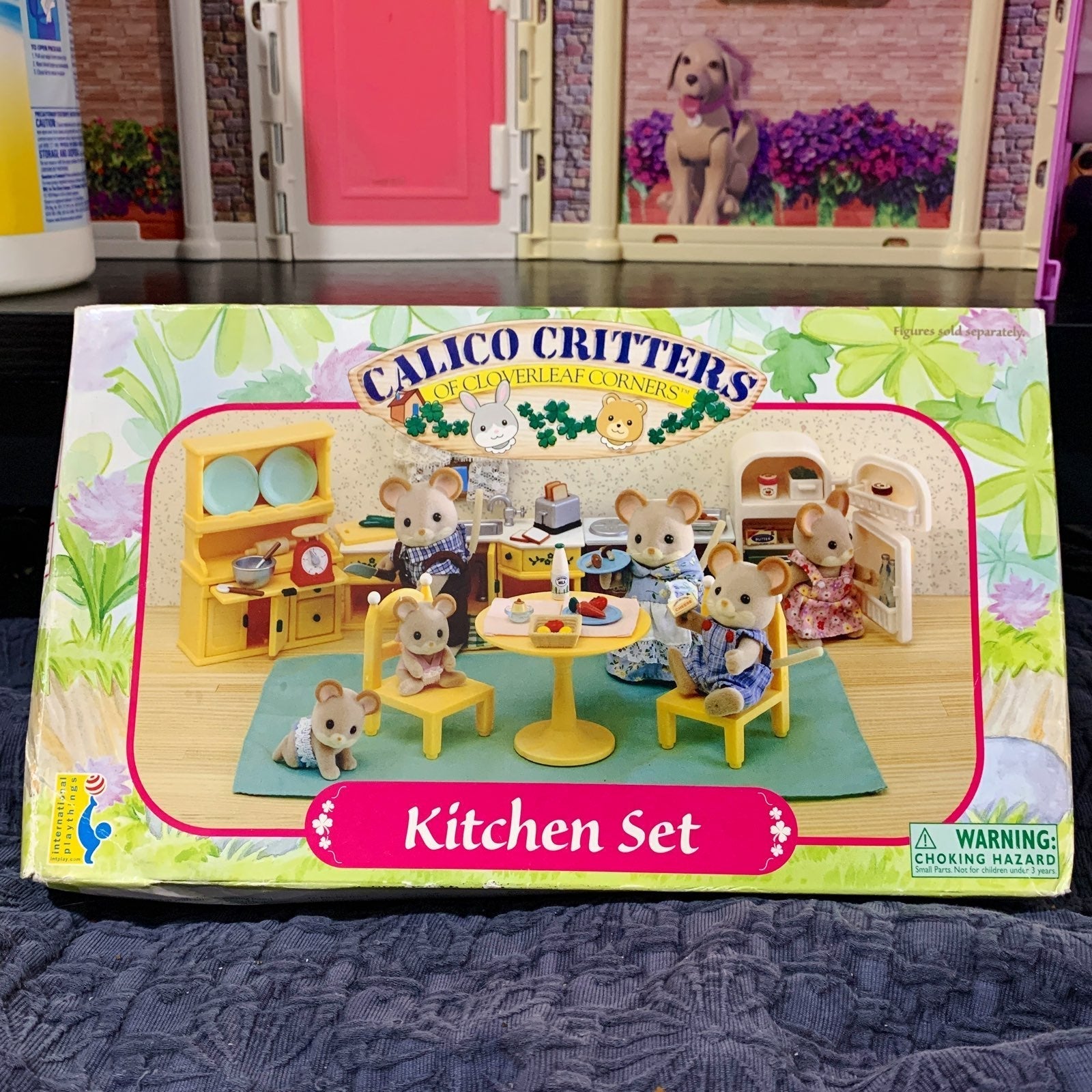 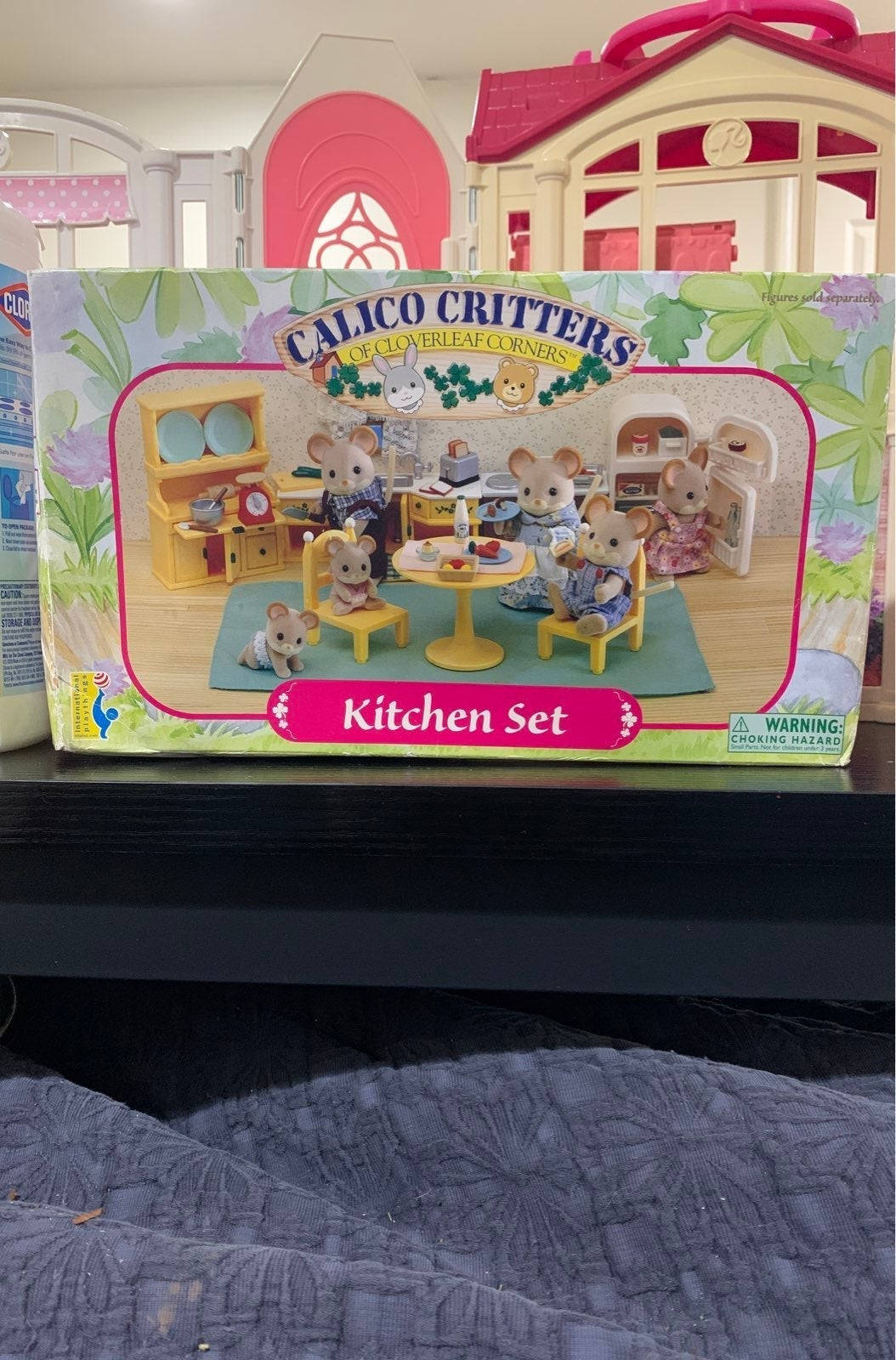 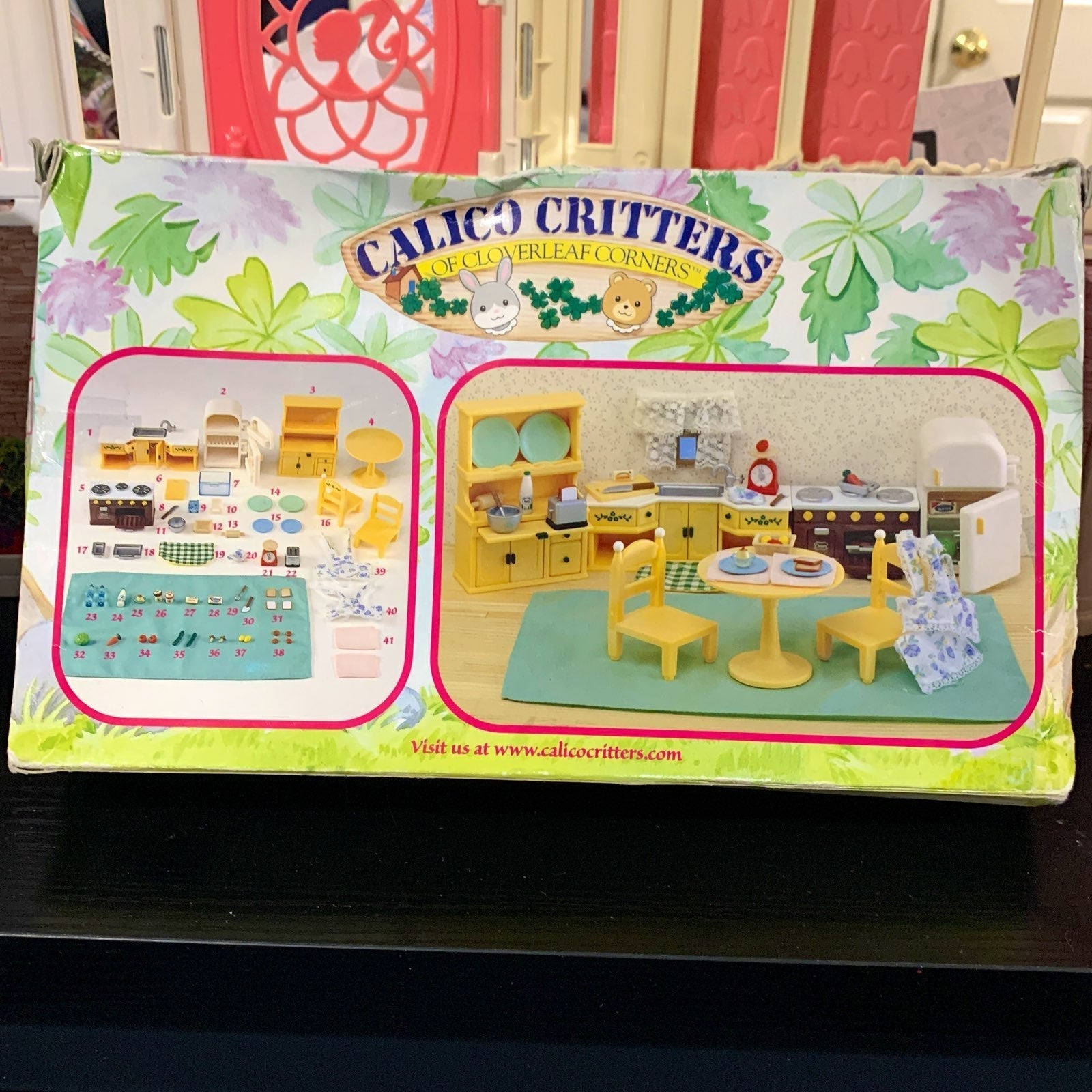 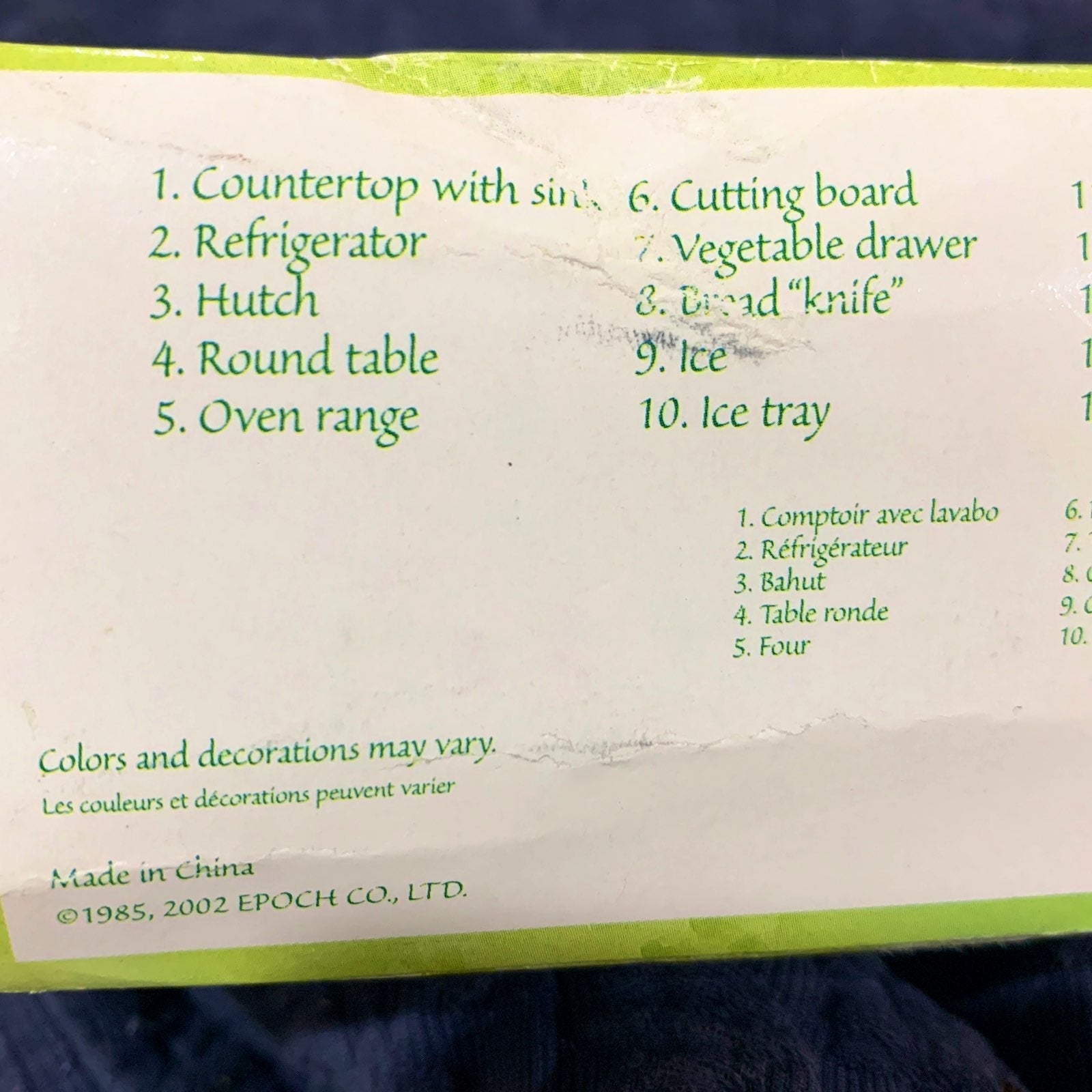 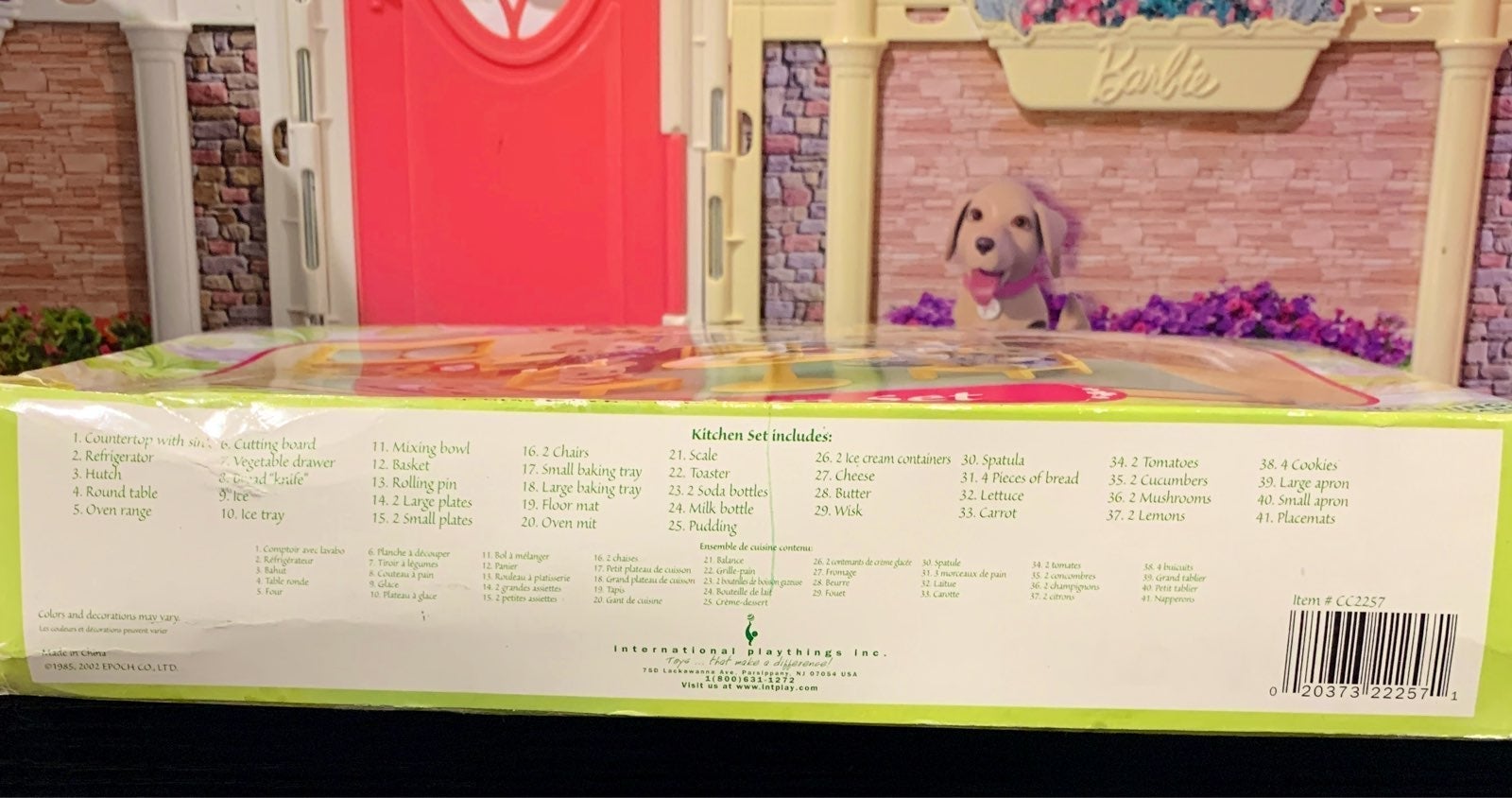 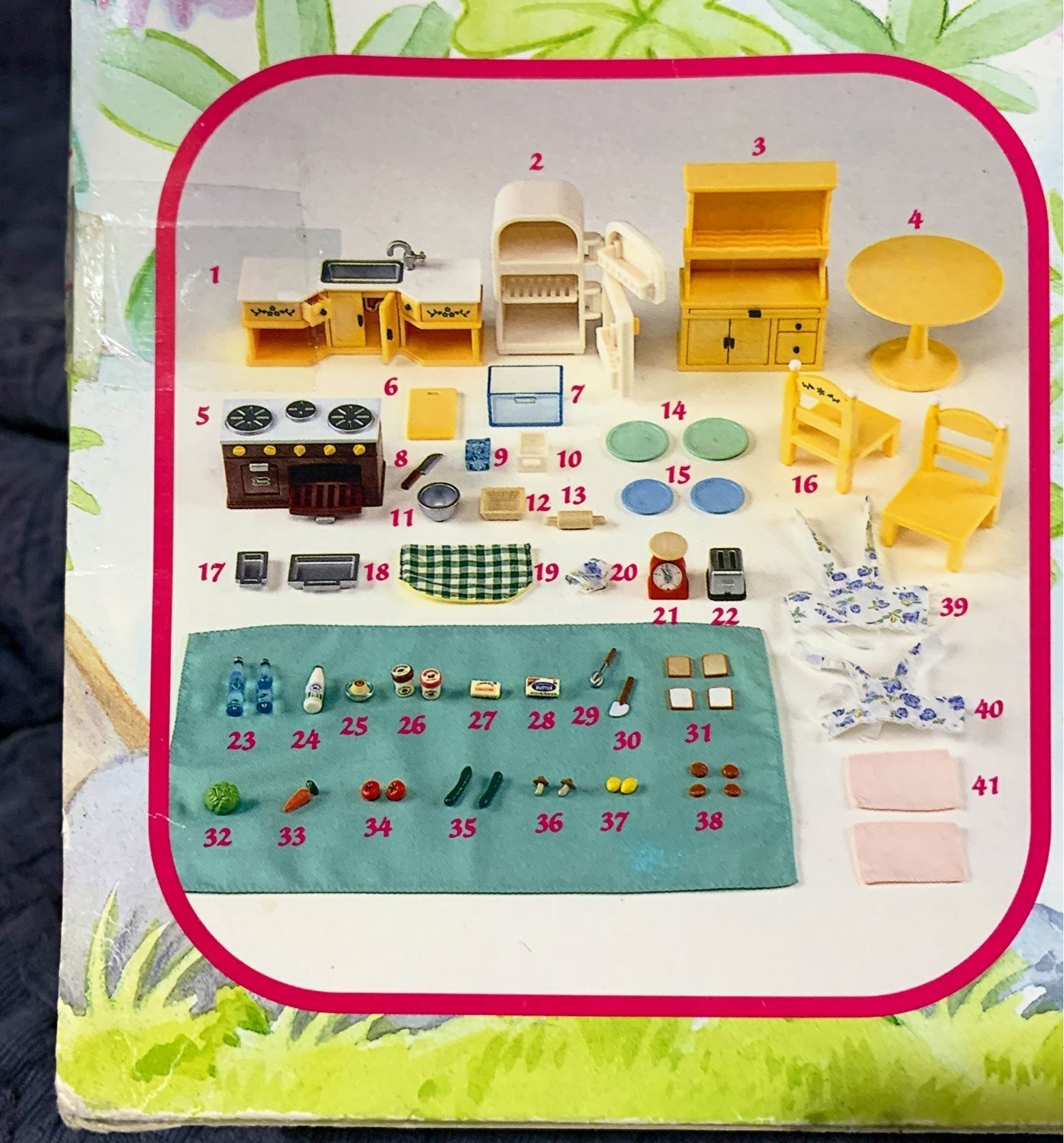 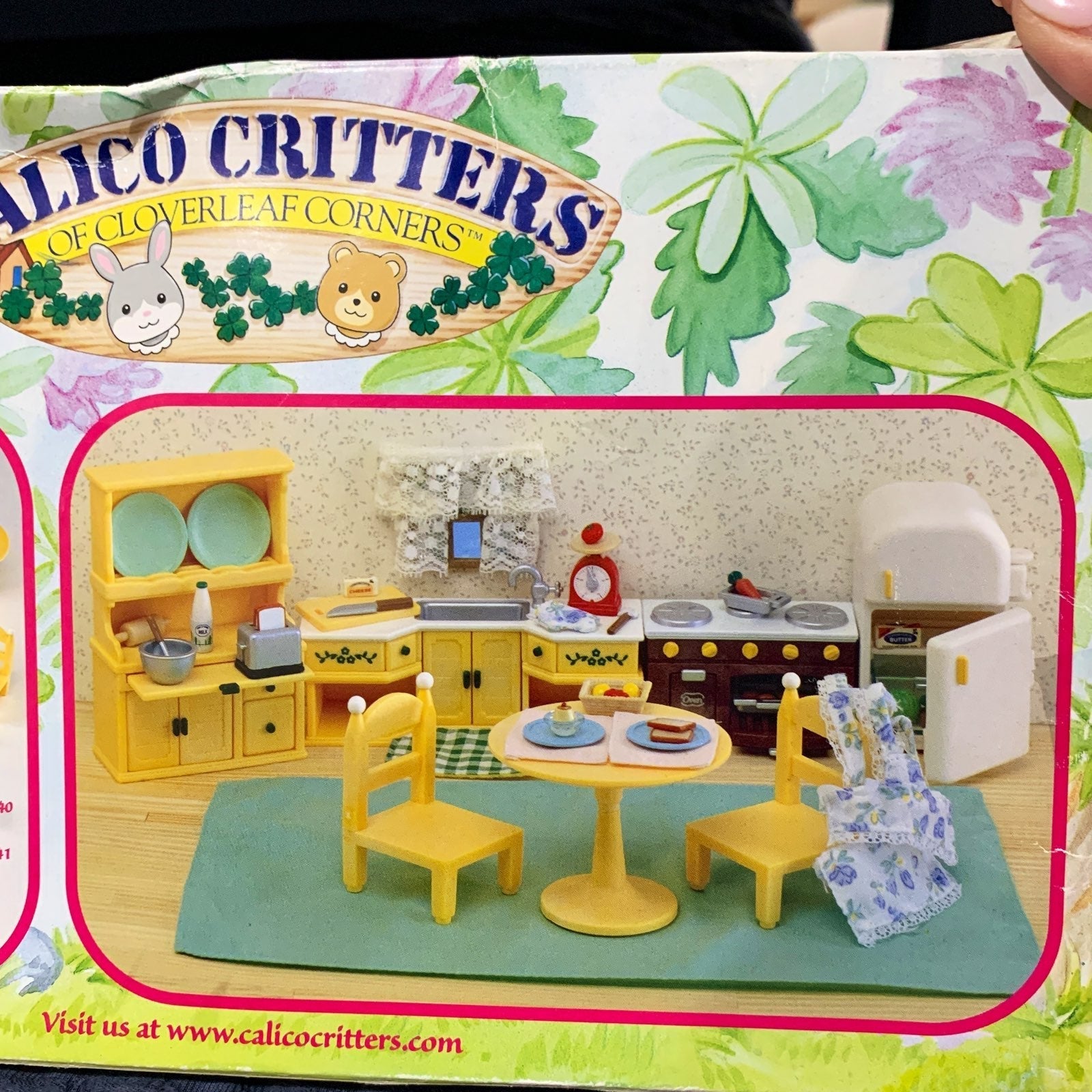 This vintage item (originally produced in 1985 and again in 2002 for a limited time) is new but box is not mint.Items are sealed inside box.This set includes kitchen furniture, textiles, and a variety of foods to play with. Please note — the factory tape on item is broken but even though the tape has broken on one side, this is a new item and has been untouched for 20 years, except for photographing. The box will be retaped prior to shipment. To keep shipping costs low this item will ship in a bubble mailer unless you specify otherwise. 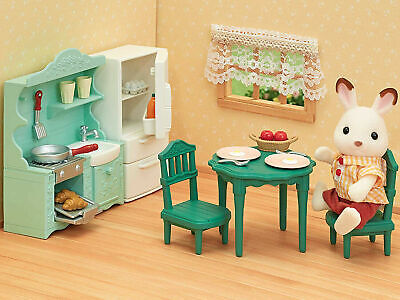 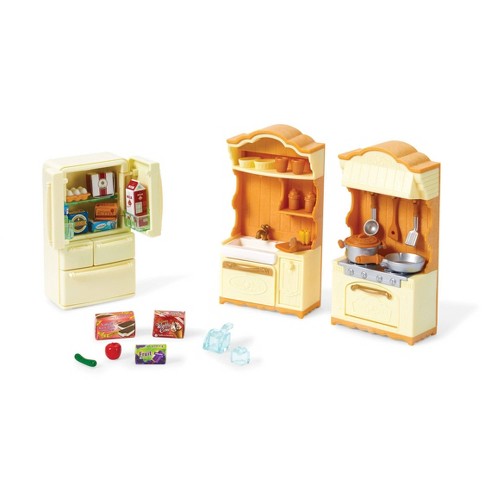 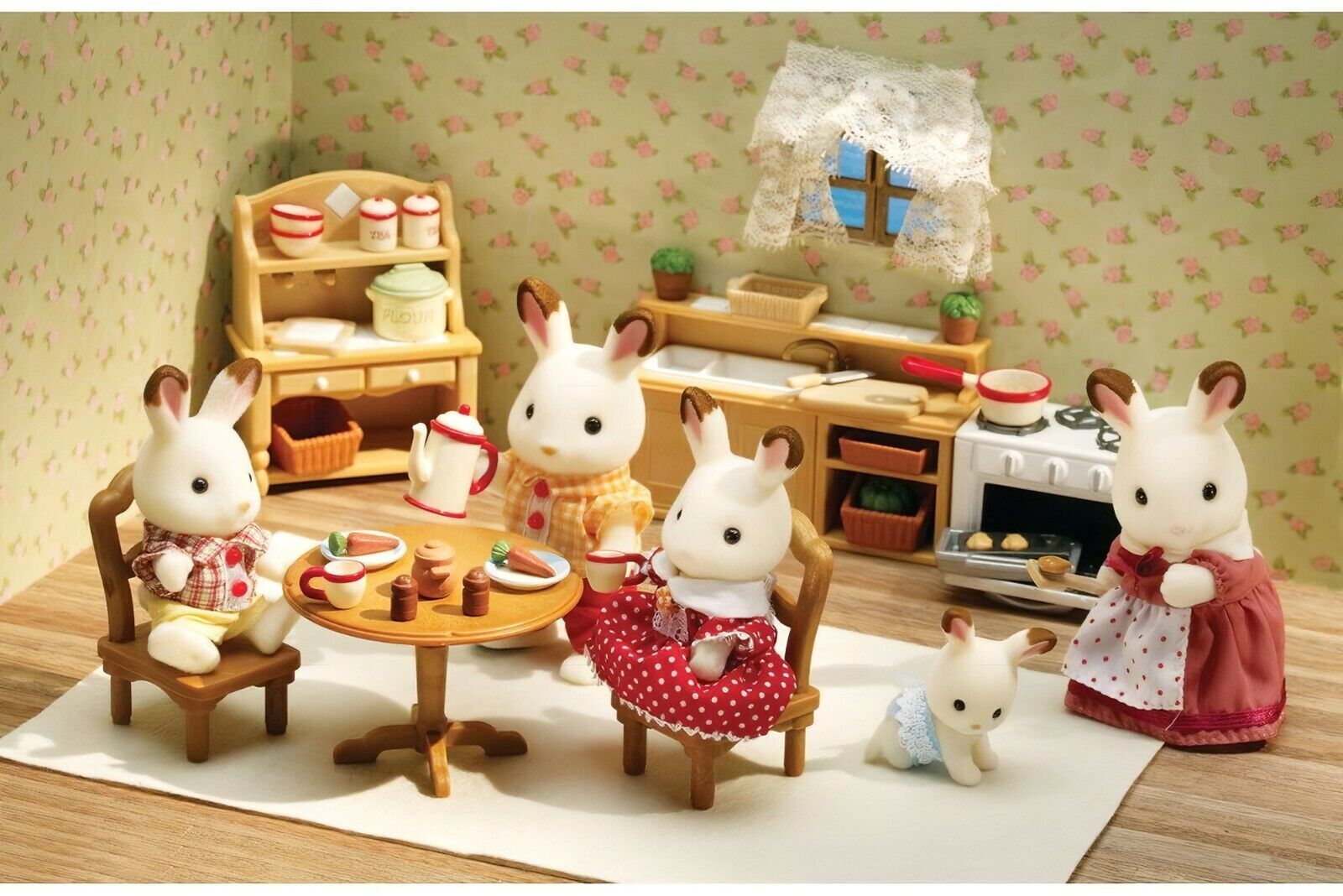 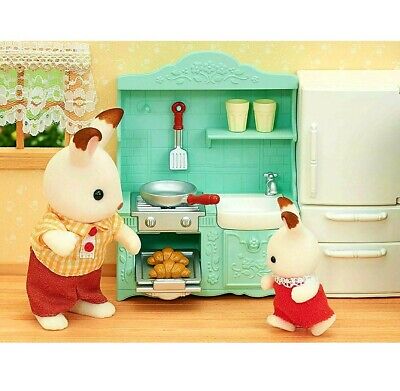 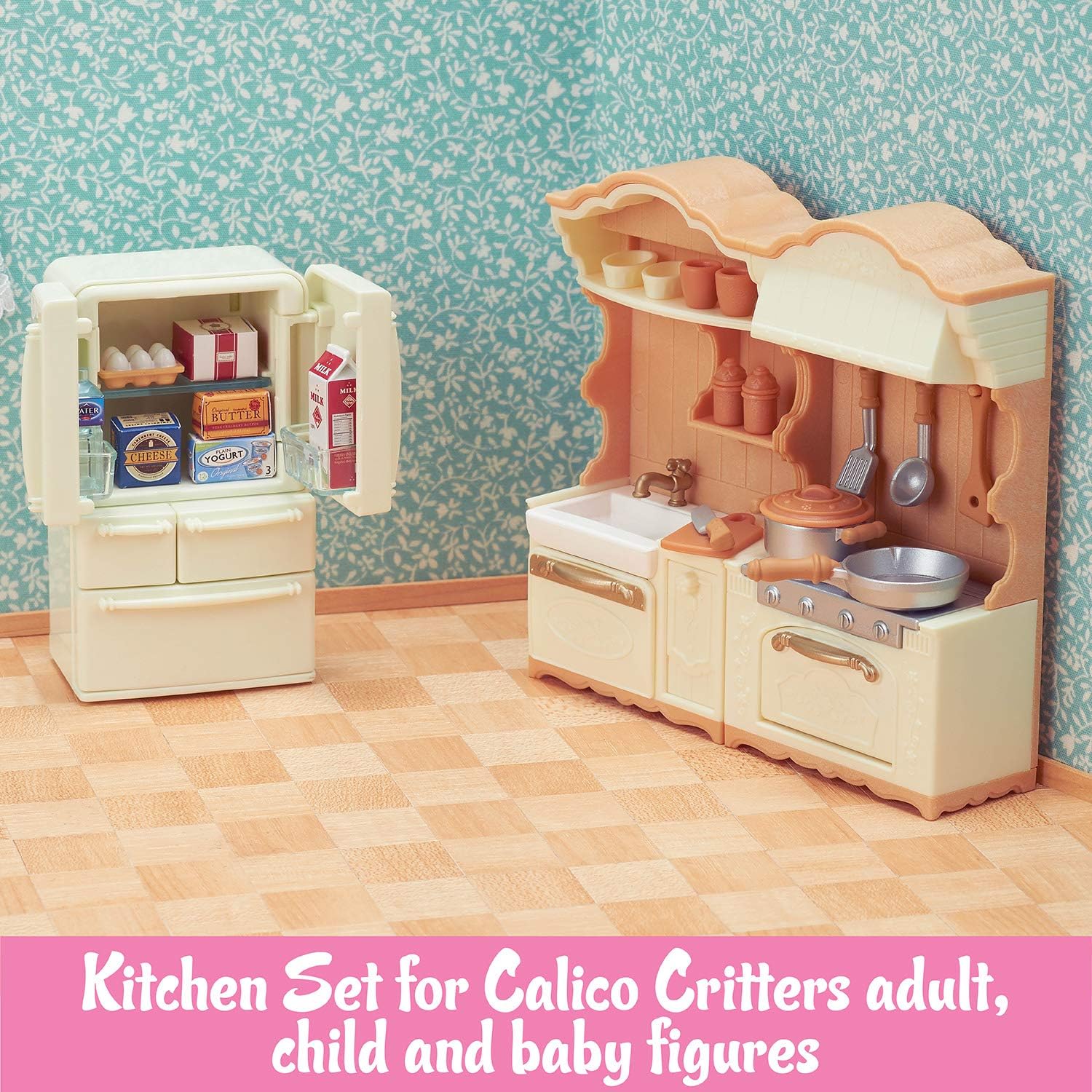 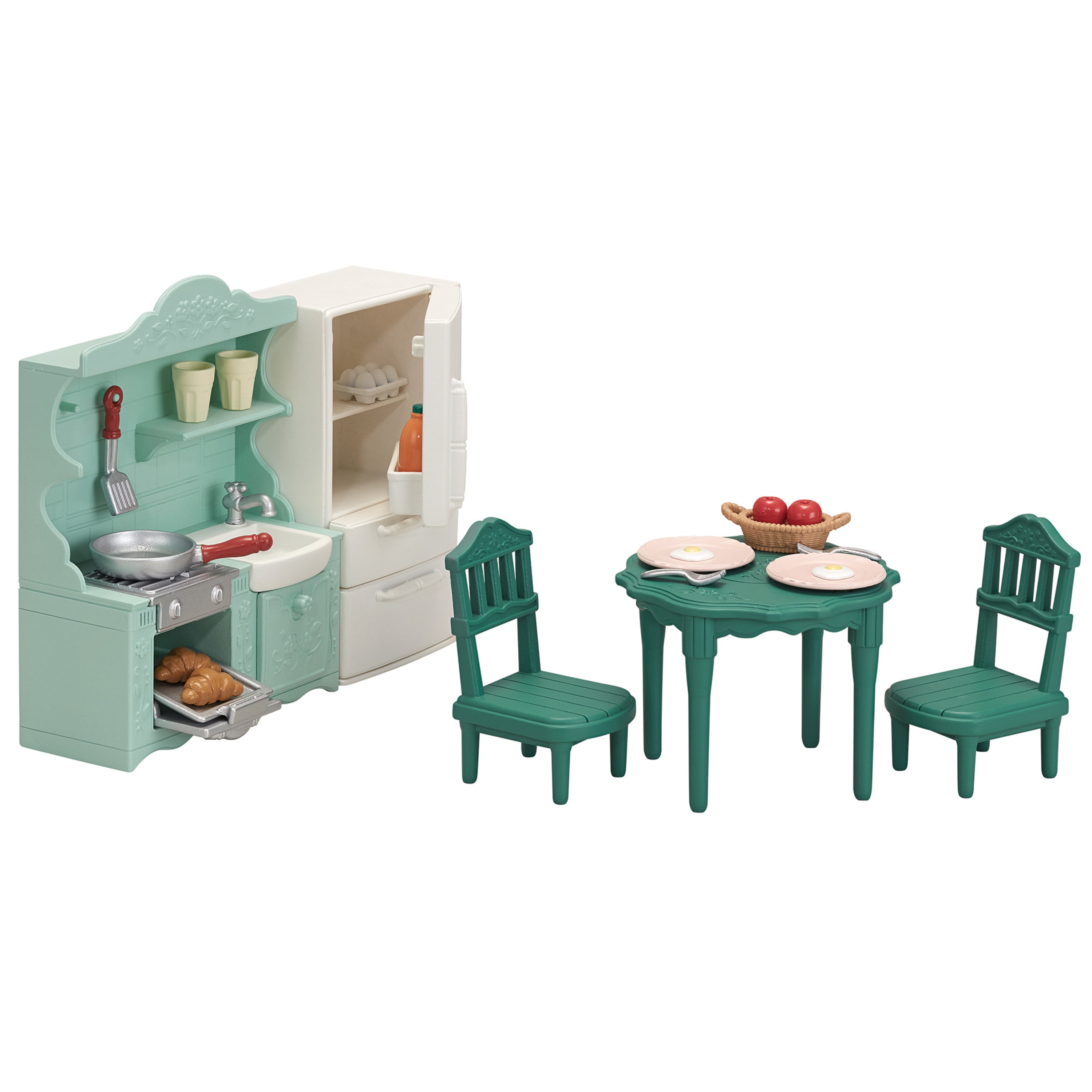 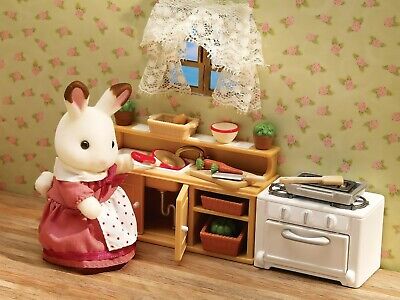 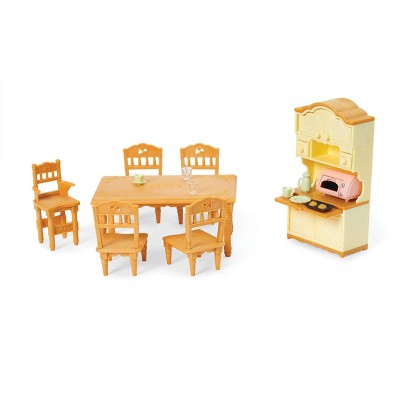 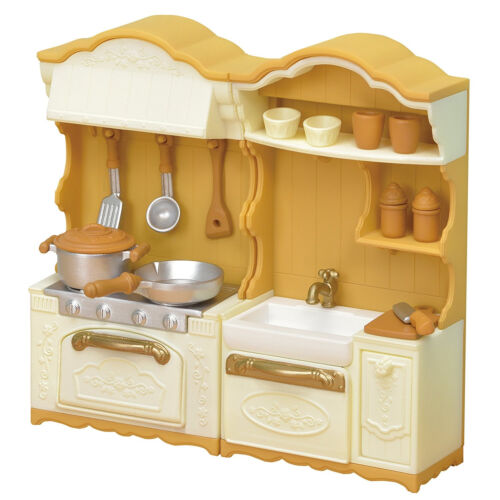 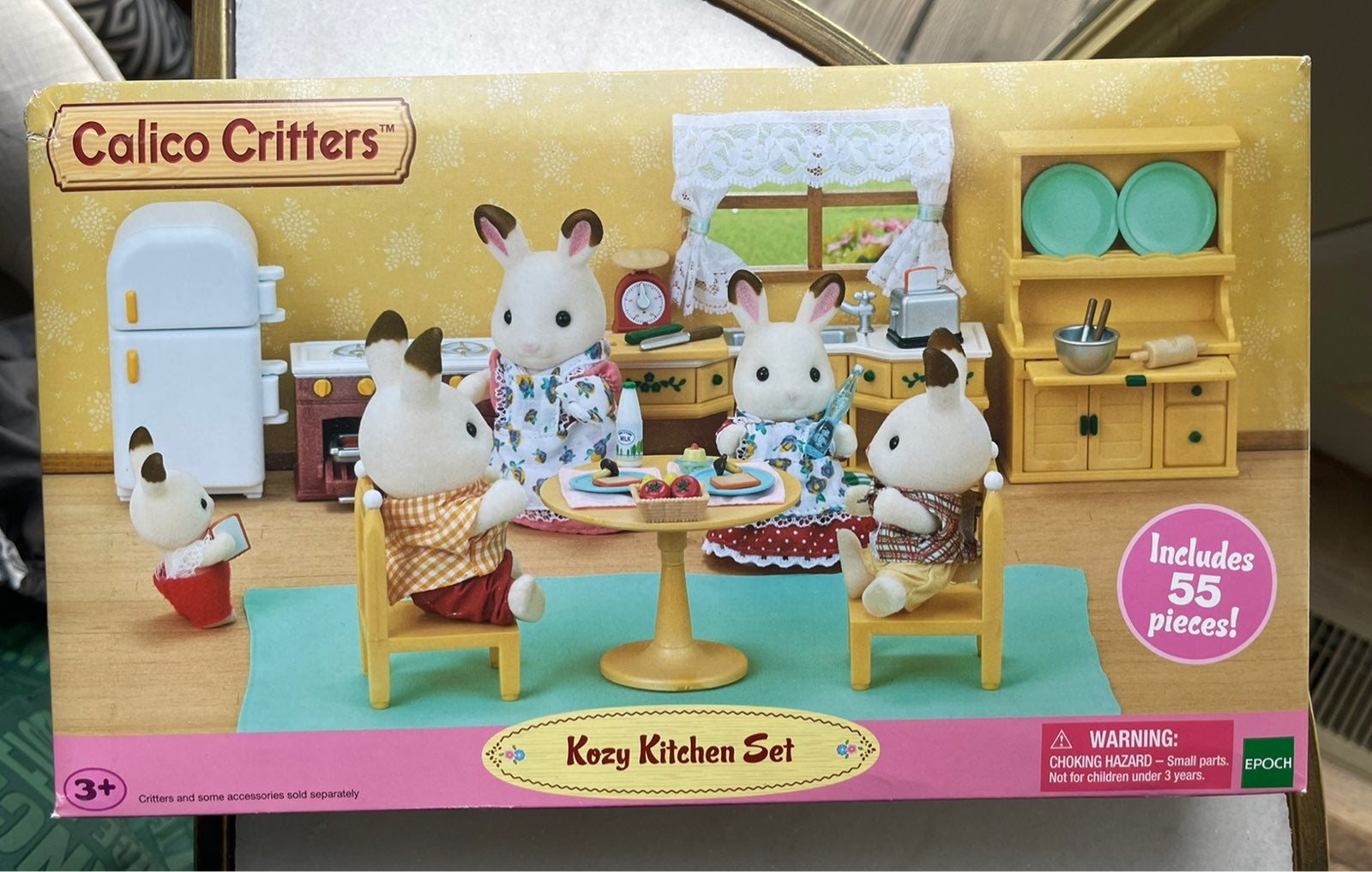 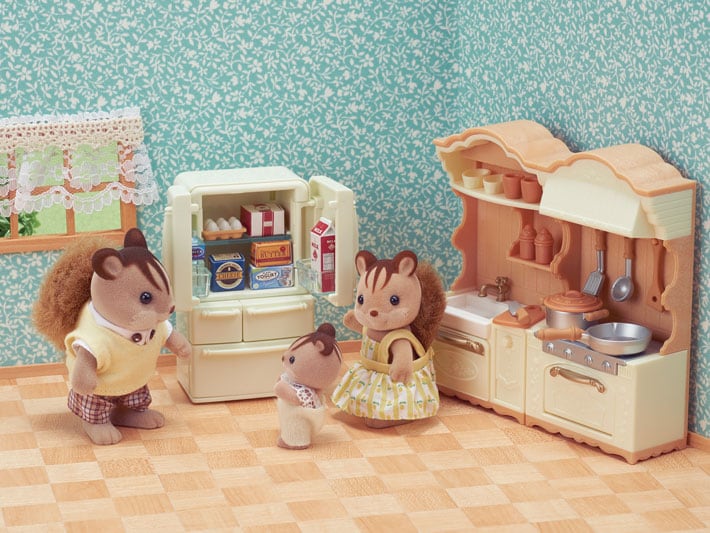 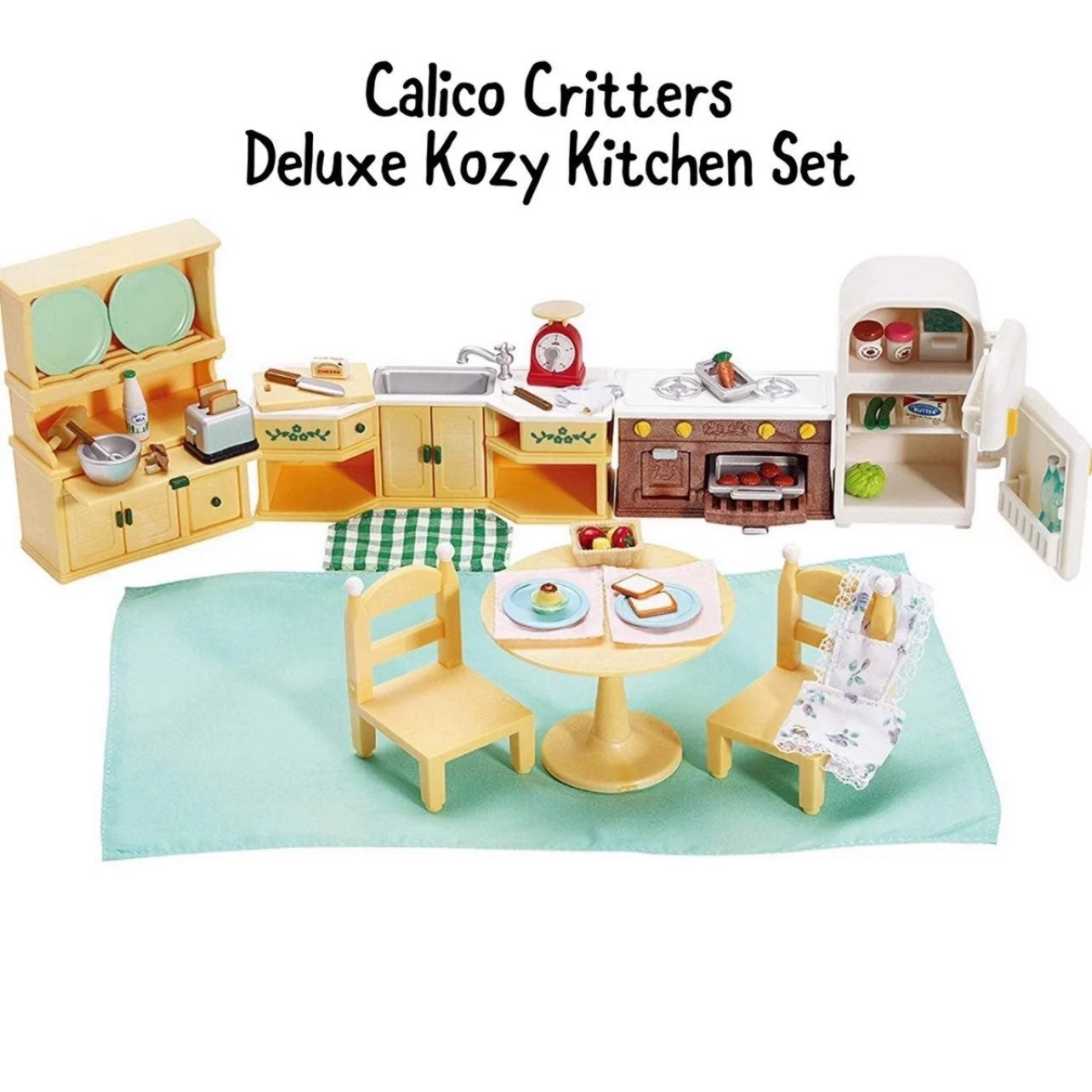 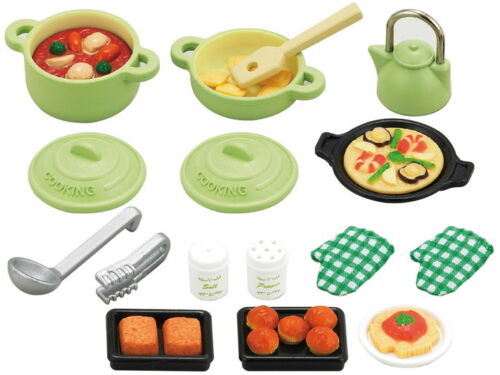 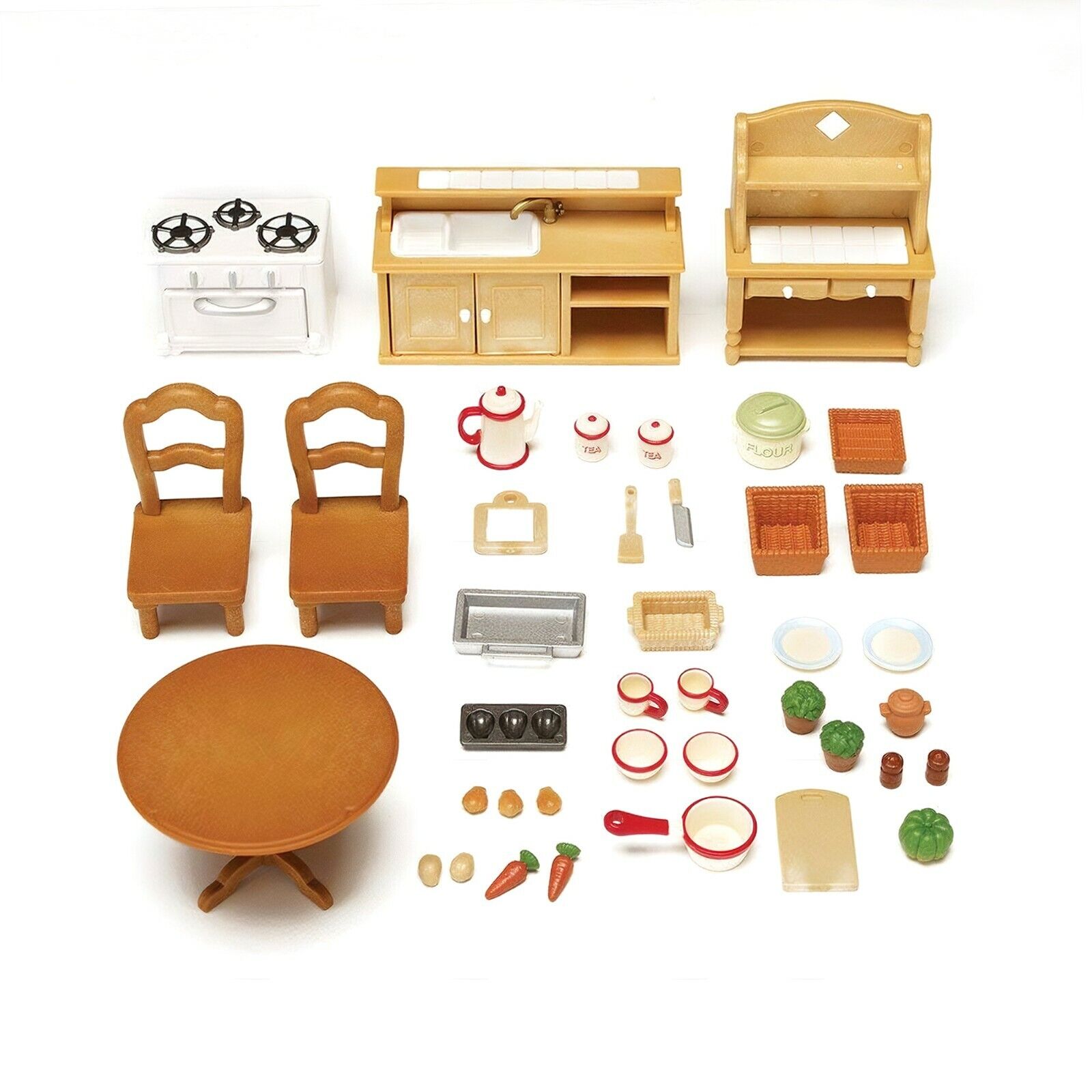 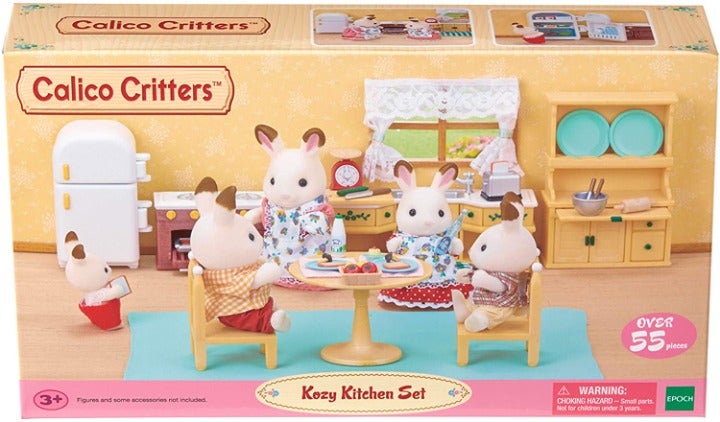 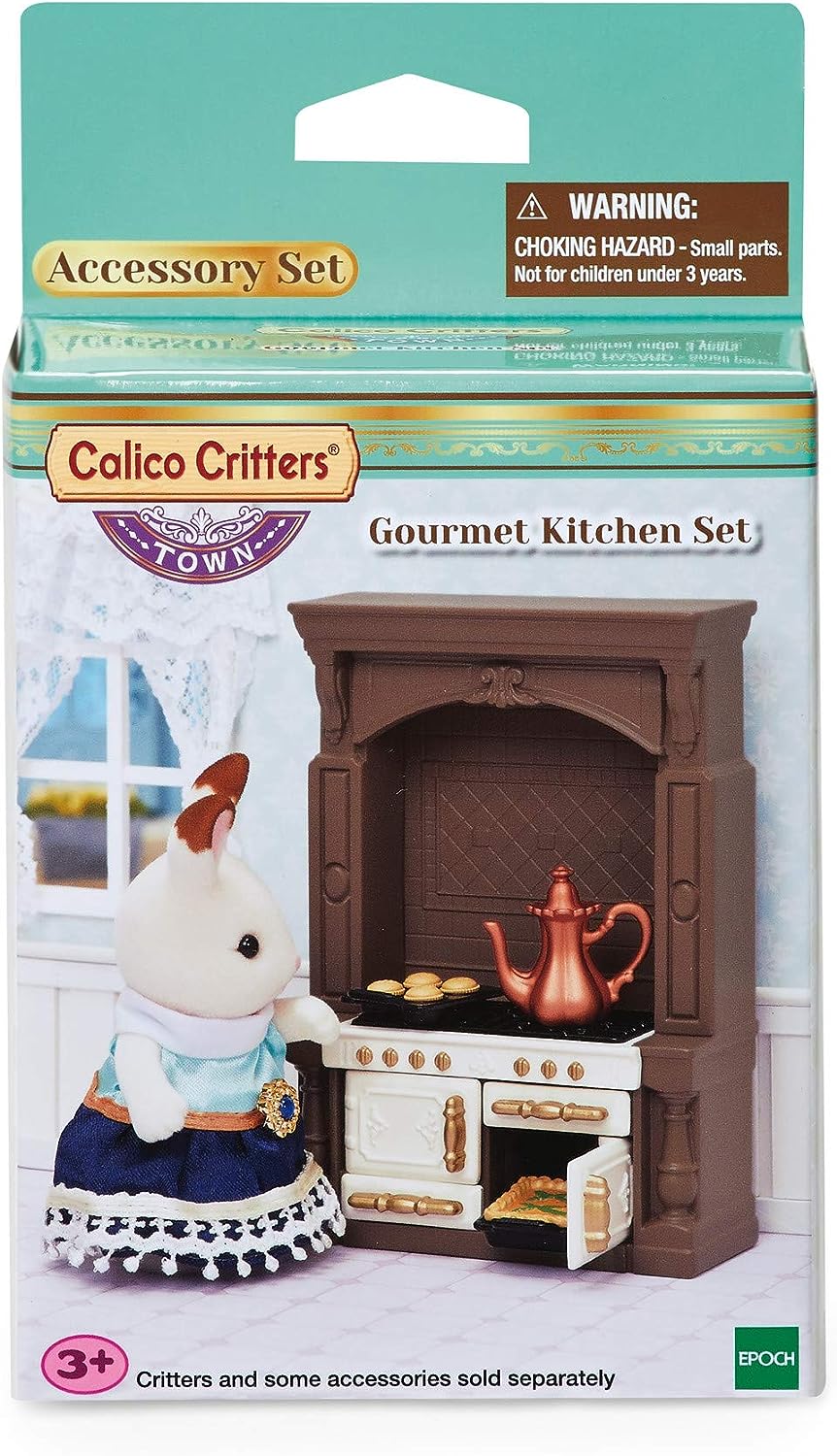 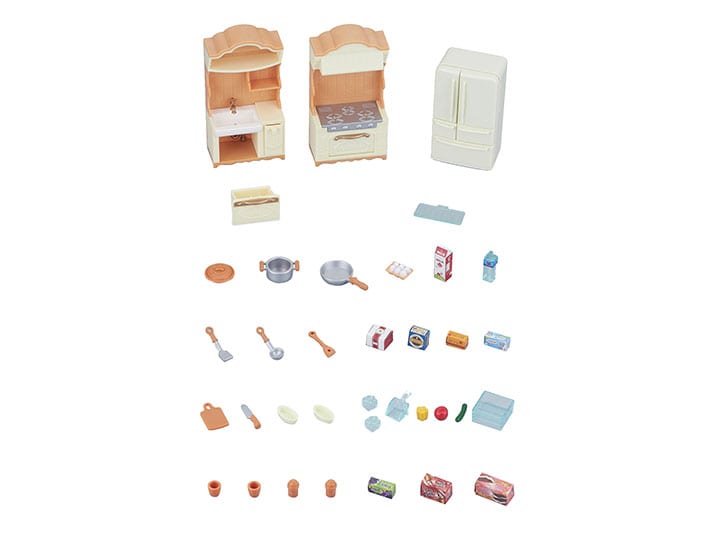